Is This Mummy the Famous "Alien" in the Roswell Slides? 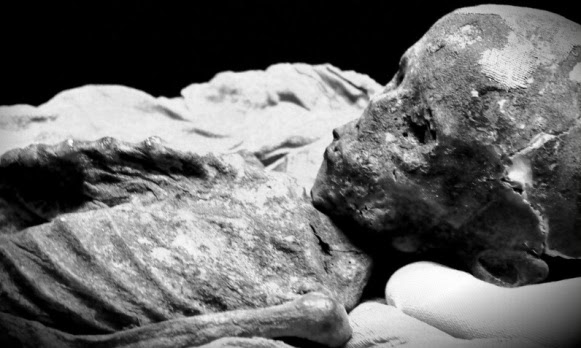 After several weeks of hard controversies surrounding the so-called "Roswell Slides" new information could shed light on the true nature of the alleged extraterrestrial portrayed in the images. For a start, the humanoid shown in one of the slides has many similarities with a child-sized mummy.

Could this Egyptian mummy be the cause of all the commotion created about the alleged Roswell slides? 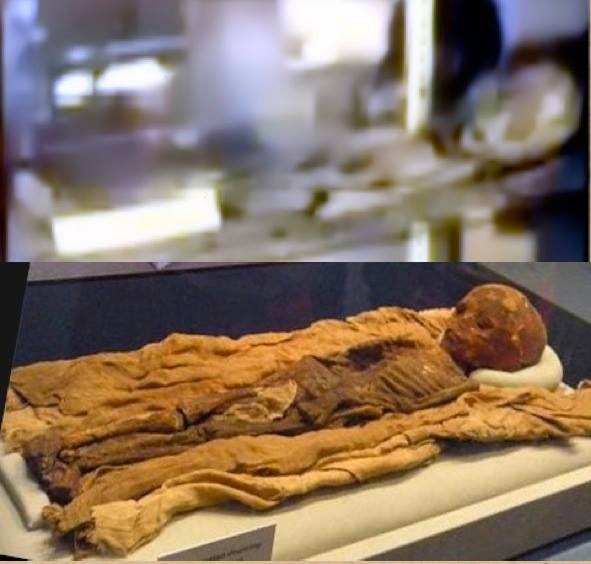 The size and general appearance of the mummy seems to coincide perfectly with the alleged Roswell alien. 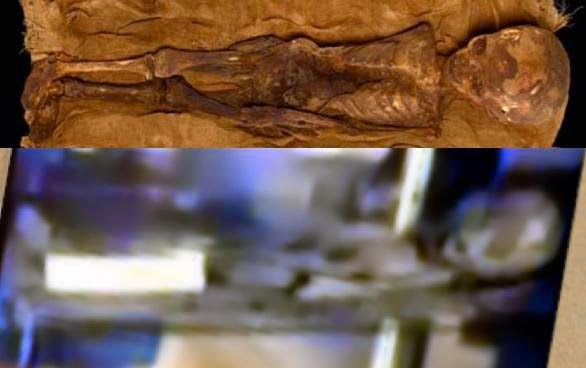 Both bodies lack abdomen, have the severed head and limbs are thin ...


Curiously, the "alien" corpse has remarkable similarities to a mummy discovered in the city of Thebes (Egypt) in 1856, and was transferred to the Wistar (Philadelphia) museum in 1860 and subsequently forwarded to the Smithsonian (Washington, DC) in 1956, where it remains today. 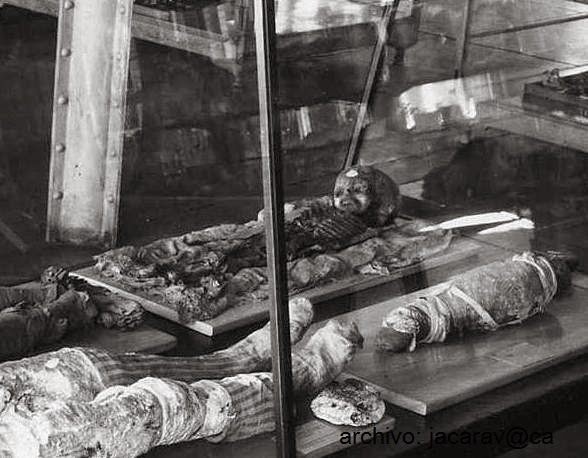 The mummy was exhibited in the museum Wistar (Courtesy Isaac Koi) 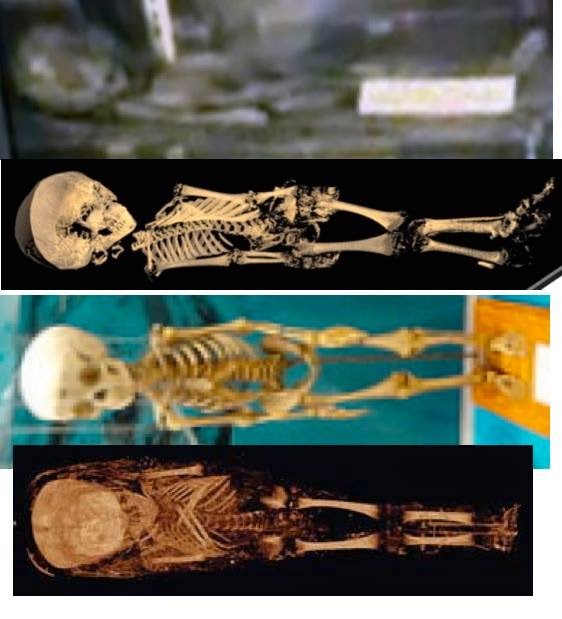 Despite the strangeness shown by those involved in the investigation of the slides, the alleged extraterrestrial humanoid proportions and anatomy perfectly corresponds to that of a human. The curious thing about this finding is that a group of Spanish researchers came to the same conclusion after analyzing slides, the group of international scholars in which the author of the article involved. The researcher Israel Ampuero, director of the radio program "Cuadernos de Bitácora" with researchers Alejandro Espino, Sara Hernandez, Edgar Luis and Nacho Hernandez had practically reached the same deductions, plus other interesting discoveries have made ​​around the Roswell slides . (Courtesy Curt Collins) 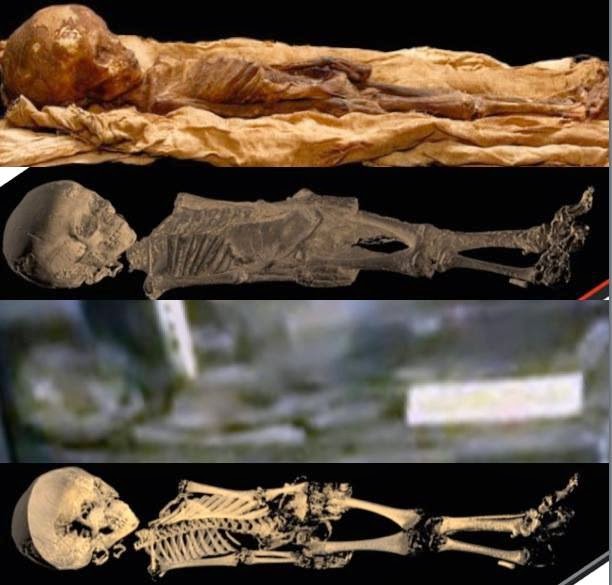 Researchers Gilles Fernandez and Curt Collins have made several comparisons between humanoid slides and a child mummy found in Thebes. (Courtesy Curt Collins)


Like the alleged alien slides, the mummy designated specimen 2397 has a severed head and its measurements comply with those disclosed by researchers, 86 cm.

Could the original owners of the images have visited an exhibition of this mummy?

... are the Roswell slides a case of mistaken identity? ....

The total or partial reproduction of the material contained in this blog is forbidden without prior permission. Owned by José Antonio Caravaca.


Some further reading on the "Roswell Slides" story.

Tim Printy, May 5, 2015: The day that will change the world
José Antonio Caravaca, Roswell Slides: The Moment of Truth
Tim Hebert, Current State of Affairs: Roswell Linked Kodak Slides
Jeff Ritzmann, The Birth of Anti-Evidence: The ‘Roswell Slides’
Paul Kimball, Bragalia on mummies and the "Roswell slides"
Gilles Fernandez, The Roswell Slides Saga: Some Claims versus some Facts