American Myths, Legends, and Tall Tales: An Encyclopedia of American Folklore (Vol I) edited by Christopher R. Fee and Jeffrey B. Webb is a new book described as, "A fascinating survey of the entire history of tall tales, folklore, and mythology in the United States from earliest times to the present, including stories and myths from the modern era that have become an essential part of contemporary popular culture." It's a hardcover book, weighing in at 1138 pages. 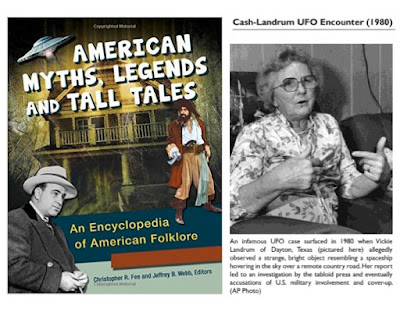 It also features a few entries on UFO matters, such as the Ancient Aliens notions popularized in Chariots of the Gods by Erich von Däniken, aliens & abductions, Area 51, the Hopkinsville Goblins and others. 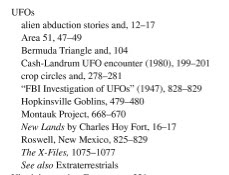 The Cash-Landrum case is also discussed on pages 199-201, in an a section by Curt Collins. 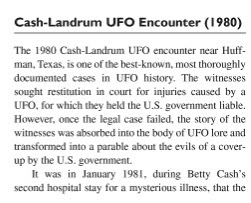 The book (including the full Cash-Landrum entry) can be previewed at the listing on Amazon.

Posted by Curt Collins at 12:31 PM No comments: