The UFO "bigger than a water tower"

The witnesses used a water tower as a point of reference when trying to describe the UFO. What kind of water tower were they familiar with? Here's an old water tower they would have seen in the town of Liberty,  just a bit east of Dayton. 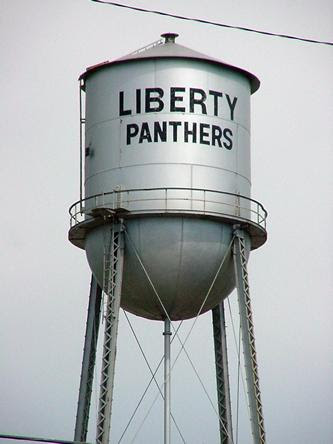 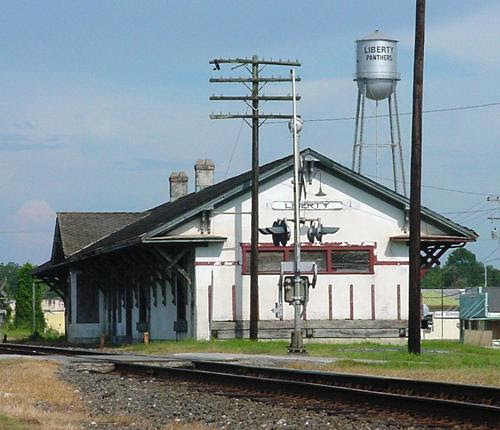 View from the street in Google maps:

Vickie Landrum joined in the tale of the mysterious object:
It was if the whole sky was splitting ahead of us,” Landrum said, adding that “torch-like” fire shot from the middle-bottom of the object, appearing to ricochet off the tree tops. ”The part where the fire was coming out of the thing- it looked to be the size of a water tank,” she said.
"Landrum said neither she nor Cash could define a shape for the object because the 'blinding' light projected from it. However, she said, Colby, who was viewing the object through the car's windshield insisted that it was “diamond-shaped”.

“Someone knows where the helicopters came from,” Landrum said, adding that she feels certain they encountered some sort of military experiment.
“I’m not one to believe in flying saucers or nothing like that,” she said. “I think it’s more likely it’s something the military is up to- why else would all them planes be up there if they didn’t know what was going on?”

Posted by Curt Collins at 10:41 AM No comments: