1st Press on the Cash-Landrum case

I'm guessing the interview and photos were taken in mid-February (speculating that the hearts on Colby's outfit were related to Valentine's Day).
How this story happened:
Vickie Landrum called Robert Gribble of NUFORC National UFO Reporting Center) on Feb. 2 to report the incident. Gribble reported it to APRO (Aerial Phenomenon Research Organization, where it was intercepted by rogue APRO member Bill English. English contacted the Weekly World News and sold them the story. (Not as heinous or unusual as it sounds, as UFO groups had close alliances with tabloid papers at the time.)
Following this, Cathy Gordon of the Conroe Courier wrote a 2-part series that beat the Weekly World News story into print, appearing Feb. 21 & 22.
Posted by Curt Collins at 9:50 AM No comments:

Betty’s original account of the incident is very sketchy and lacks important details that surfaced later. This transcription was made of Betty’s handwritten notes as presented in John Schuessler's The Cash-Landrum UFO Incident on pages 253, 254.

Below, I've preserved the format, matching each line to a line of the original handwritten line, and retained the unconventional spelling and capitalization. There were some crossed through words, which are indicated with [Xed], and some words were written over, which I've attempted to identify in the bracketed line below it. 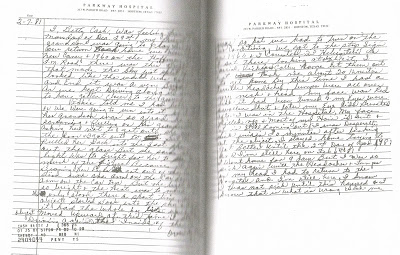 2-7-81
I, Betty Cash, was feeling fine the
Monday of Dec. 29th, my friend & her
grandson was going to play Bingo & on
our return Back home we were between
[“Back” appears to have been written over the word “From”]
New Caney & 1960 on the Huffman Crosby
F.M. Road, there was this Bright object
that made the Sky just split up & it
looked like the world was coming to
and End it was a very Bright Red.
As we kept Driving along it seemed
to have gotten closer to the ground.
Vickie told me I had Better stop
or we were going to run into it so I did,
her grandson was so afraid he was
screaming & pulling on his grandmother
Asking her not to get out. , she opened
the door & I got out to. [Xed] But he
[“look” appears to have been crossed out]
pulled her Back into the Seat she looked
out the glass But she said the
light Was to Bright for her to see very
much of the figure Because it was
Burning her Eyes. [Xed]  she got out of the Car &
[Word crossed out, “she" written above it]
stood with one Arm on the car door & one
arm on the Car top, but the light was
so bright & the heat was to much so
she [Xed]  only stood there a short time, the
[“I” appears to have been crossed out, “she” written before it]
object started Back into the sky & again
it had the whole sky(?) lit up & the
[“lit” appears to have been written over another word]
object Moved Upward at this time, I started
Driving Again the Inside of the car
Over to Page
2.

was so hot we had to turn on the
Air Conditioning, we got to the stop Sign
on 1960 & I counted 23 Helicopters’. As
I sat there looking at the object, I
Carried Vickie & Colby home let them out
it [Xed] took me almost 20 Minutes
[“Woud” appears to have been crossed out.]
to get home, By this time I had a
terrible headache. , lumps were all over
my neck & head, my face was Red
like it had been burned & my Eyes were
swollen Shut & later my Eye lids Bursted
After I was in the Hospital, My face
pilled off & most of my Hair is out &
it is Still Coming out I was Desperalty
sick within 30 minutes after looking
at the object, I stayed home trying to
get Better Until the 2nd Day of Jan. 1981
And I’m still here on Feb 6th 81
I Went home for 9 days But I was so
Sick Again with the Headaches & Lumps
on my head I had to return to the
Hospital and I’m still here, I know
I was not sick until this happed & I
know that is what is wrong with me.
[Ends here, photo of document cropped]

How I wonder what you are.
Up above the world so high,
Like a diamond in the sky.
-"The Star" by Ann and Jane Taylor
Initially, the two adult witnesses were unable to describe the object due to the bright light coming from it. The boy, Colby said it was "diamond-shaped".  As the coverage of the story progressed, the women began using the diamond description. Later, further details about the craft were revealed by investigators- completely new details.

Some of the key illustrations of the UFO most closely associated with the original witnesses: 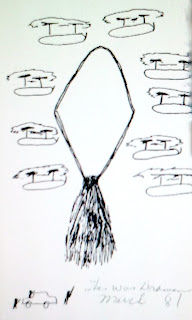 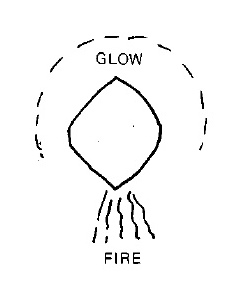 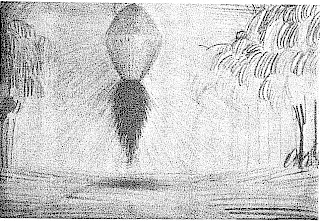 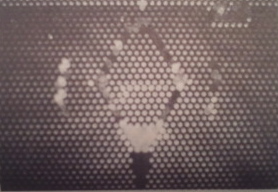 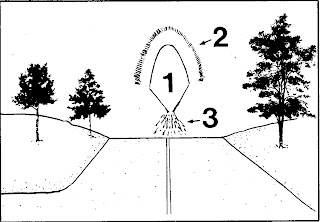 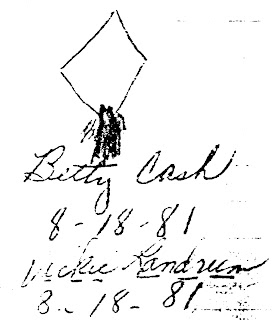 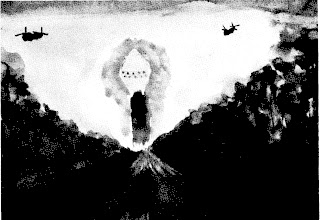 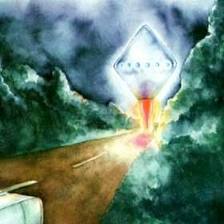 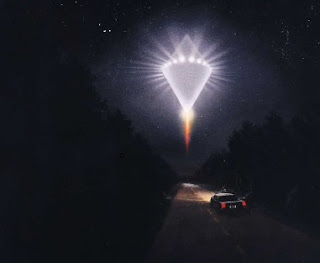 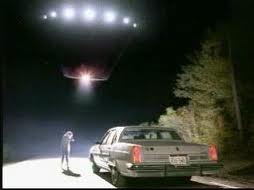 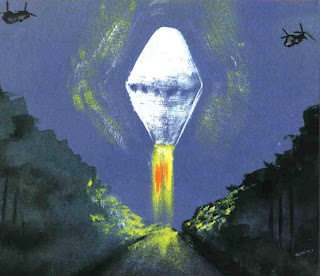 
May 13, 2012 -- Jim Moseley, Bob Zanotti with "Voices of the Past"
Gene and Chris present a special "Voices of the Past" episode featuring Jim Moseley, Editor of Saucer Smear, and long-time broadcaster Bob Zanotti. We will revisit the active UFO and occult scene of the New York area in the 1960s, and present long-forgotten show excerpts featuring such researchers as August C. Roberts, Dominic Lucchesi, John J. Robinson, and Yonah Fortner. For a change of pace, we'll also present two of the more outrageous contactees of the period: Andy Sinatra, "The Mystic Barber," and Alexander McNeil.

February 12, 2012 -- Kevin D. Randle and Jim Moseley  Gene and Chris will be flies on the wall for this episode, featuring a "great debate" on Roswell, the Roswell "Dream Team," UFO abductions and other topics featuring Kevin D. Randle, author of such books as "Reflections of a UFO Investigator," and Jim Moseley, Editor/Publisher of "Saucer Smear."
January 22, 2012 -- Jim Moseley
Gene and Chris welcome back the inimitable Jim Moseley, Editor/Publisher of "Saucer Smear," an irreverent look at the entire UFO scene. Jim will come onboard to present not only his solution to the Roswell UFO crash, but answers to many questions from our loyal listeners. This is one episode you won't want to miss!


July 10, 2011 — Jim Moseley
Gene and Chris are joined by the irrepressible Jim Moseley, Editor/Publisher of Saucer Smear, who will discuss the fakes and the outright frauds he has discovered, and sometimes exposed, in the UFO field since the 1950s.

November 15, 2009 -- Jim Moseley and David Huggins
We feature veteran UFO researcher Jim Moseley, editor of Saucer Smear, and contactee/abductee David Huggins, who is featured in the book “Love in an Alien Purgatory: The Life and Fantastic Art of David Huggins.

Posted by Curt Collins at 12:25 PM No comments: