Skeptic Proclaims the Cash-Landrum case was a "Crude Hoax" 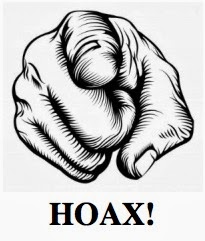 When Robert Sheaffer covered the story about my publication of Texas Department of Health’s report on their Cash-Landrum investigation, it began a hit and run debate on his site that has continued to spill over to other discussions. The most objectionable comments were made by zoamchomsky who has made accusations (laced with insults) against Betty Cash of causing her own injuries. I wrote a piece on this, which contains a link to Sheaffer’s article and reprints one of zoam’s charges:

I’m eager to discuss the Cash-Landrum case here, and have presented new and reprinted articles discussing it from many perspectives, including skeptical analysies of it. I’d hoped to contact him to get a guest article, but received no response.  Somehow the topic was stirred again in a discussion of Sheaffer’s article,  The 2014 International UFO Congress, Part 5 (last):

zoamchomsky March 8, 2014 at 3:45 PMThat's why it's called a myth and delusion, deano, you and others believe these stories are true when there's no good reason to think that they are. There's certainly no evidence. Even the best "UFO" stories are mere anecdotes, and all of the "evidence" ever presented by Believers is really crummy.
So you see the problem? You believe in the existence of some extraordinary thing based only on highly fallible human perceptions and their subjective narrative creations. These stories consist of the teller's failure to identify an ambiguous visual stimulus, and the details are mostly confabulated afterwards according to a culturally supplied generic "UFO" script as it has grown, evolved and mutated over decades.
You know, like Betty Cash's attention-seeking simple-minded mashup of the Maury Island hoax and the Hills' flying-saucer "abduction" fairy tale. Both Bettys had read a lot trashy flying-saucer magazines and watched a lot of science-fiction movies and television. Or Terauchi's laughable "spaceship" scare over Alaska and the "UFO" myth and delusion-supplied and completely imaginary "scout ships" and the "giant mothership." Terauchi was so totally steeped in "UFO" mythology that he admitted to thinking of a famous "UFO" case even while his silly "UFO" scare was occurring!

Like you, they all had some level of difficulty distinguishing fiction and fantasy from our one scientific reality where "UFOs" of any kind do not exist and never have. No rational adult believes a bit of this nonsense, deano, the totality of real-world facts are incongruent with the existence of "UFOs." The idea that there could be unidentified objects of any kind haunting our atmosphere and nearspace and all the world not know it is absurd.
Even the best "UFO" stories are fundamentally unsound; the process of "UFO" reporting is questionable with ambiguity resident in every step; and the very idea of "UFO" reporting--that a failure to identify is worthy of consideration--is itself the very core of the absurd "UFO" delusion.

Please study this monograph and begin to help yourself out of your juvenile false belief about the world--your "UFO" delusion.
http://debunker.com/texts/black_box_approach_to_ufo_perceptions.html

Peter Brooksmith asks him a few questions about his comments, but we are focusing on Cash-Landrum here, an excerpt:

The Duke of MendozaMarch 9, 2014 at 2:54 PM
Zoam he say: “Both Bettys had read a lot trashy flying-saucer magazines and watched a lot of science-fiction movies and television."If that’s the case with Betty Cash, (a) I haven’t heard of it, which isn’t necessarily significant :-) and (b) where did you get this fact(oid)?

That’s where I came in,

Curt Collins March 10, 2014 at 4:19 PMZoam, I too would like to know more about where you heard about: "... Betty Cash's attention-seeking simple-minded mashup of the Maury Island hoax and the Hills' flying-saucer "abduction" fairy tale. Both Bettys had read a lot trashy flying-saucer magazines and watched a lot of science-fiction movies and television."

I've looked for any evidence to support prior UFO interest and haven't found it. If events were fabricated, I feel it more likely they'd be working from "Close Encounters" or TV's "Project UFO" as source material. Also, I don't understand why you need to have Betty injure herself. Wouldn't it make as much sense to invent the story around the illness?

Lastly, Betty's narrative of the story was sketchy, so you should be considering Vickie Landrum as the architect of your hoax scenario. She had a more active role, and a developed narrative of the scenario from the beginning, and she was the one to contact police and NUFORC.

He had a brief reply that I considered a non-answer, and I challenged him to produce facts, or at least a hypothesis that matched the facts. I thought it was fading away, but he responded in greater detail.

zoamchomsky March 14, 2014 at 3:41 PM Since Curt has devoted himself to C-L and wants us all along on his misery trip:
"We thought it was the end of time." --Betty Cash
"If you see a man it's gonna be Jesus." --Vickie Landrum
Curt; If you don't see the unintentional hilarity--and self-exposing tell--in those unnecessary details added to this flying-saucer fairy tale for pure effect, then you might be just a bit too... credulous!
Exactly like the ridiculously stupid and impossible details of heat and radiation, which--if true--would have burnt them immediately and killed them in days! And the very same is true of every other bit of their fantastic celestial, and horribly noisy, event over northeastern Houston that somehow tens of thousands failed to observe, an event that--if real--would have made LIVE TV news but didn't!
"...over toward Crosby and Intercontinental Airport was the way they were."--BC Yeah, right, Betty! And let's hear that East-Texas drawl again: "We thought it was the end of time."

Curt; Most if not all of the skeptics here, Gary Posner and Phil Klass think C-L was a hoax, none or very little of their story is true or that it could not possibly have happened the way they tell it, and that their superficial injuries were self inflicted. Now, how is what I've said about this crude hoax substantially different?
And how can determining that it was a crude hoax and none of it ever happened be comparable to credulously believing that it all happened as they say and the flaming object the size of a water tower was a nuclear-powered black project? That doesn't make sense. It's Betty's simple fairy tale that has ZERO evidence.
As I said about flying-saucer fairy tales that offer photos as "evidence." Once the hoaxed photo is exposed it becomes real evidence that the saucer story is a lie. Without real-world corroborating evidence of any kind--no possibile helicopters--their injuries become real evidence of only one thing: Hoax for attention and with the hope of monetary gain--always the main motivators for dumb "UFO" hoaxes.


Repeating here, so you have an opportunity to address points unanswered:
And for a sketchy, hackneyed, scripted "UFO" fairy tale for which there is not a single bit of supporting evidence, and that real-world knowledge, experience and circumstances indicate not only the high implausibility of a real event but hoaxing by the purported "witnesses," what can be the only logical determination, Curt?
Extraordinary claims require extraordinary evidence. In logic, probability, and in real-world practical skepticism, the absence of evidence is evidence of absence. So evidenceless "UFO" stories aren't simply unproven, they're rightly dismissed as having never occurred. "Feelings" about some truth to the story are irrelevant.
You want science? The default position for any proposition/claim is the negation of that claim, the Null hypothesis. Show how any part of Betty and Vickie's highly implausible story--an utter and complete negative factually--could be true, okay?
Now insult me more, call me names on your blog for bothering to speak with you about your obsession over what was never anything more than a crude hoax for attention and money become inconsequential tabloid trash in 1981. Belief that it was more than that and obsessing over the details thirty years later is pointless.


I thank zoam for taking the time to outline his thoughts more clearly. Well, I have to admit it would be more fun to insult him and call zoam names, but I need to get back to work on the case. Buried between his barbs, he does make several interesting points. My focus has been on reexamining the facts in the case, and in doing so I’ve uncovered some apparent (trying to be diplomatic here) inaccuracies in the details reported in the investigation. While I am concerned about the veracity of the original claims, finding out how a botched investigation led to the international publicity and legal action against he U.S. government is even more fascinating to me. What I’m trying to say, is that the case is important from several standpoints whether it is based on a hoax or not.


I had hoped zoamchomsky had something solid to back up his allegations of hoax. There are some nagging inconsistincies beyond things the investigator may have inserted while trying to jazz up the case. The witnesses do make some inconsistent statements, and there are a few plot holes in their story, but I’ve found no evidence of a hoax. Still, it would be interesting to have all the “inconvenient facts” gathered in a presentation to see what mosaic picture forms. Working from memory, I don’t think it will line up to match zoam’s accusations, but we will see where this road goes… 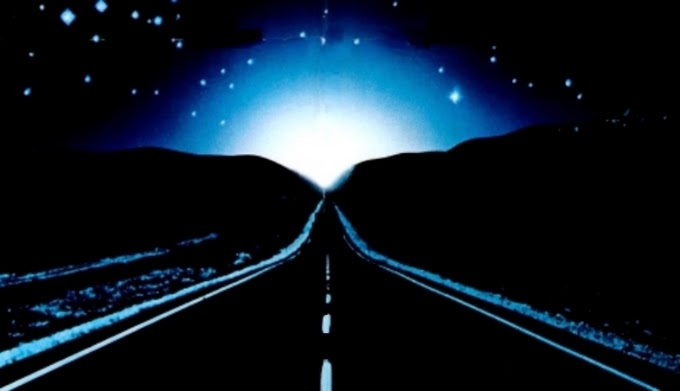