Jerry McAlister had a UFO sighting on September 11, 1980. It hit the tabloid press first in November in the Globe, and again in December 9, 1980 in the National Enquirer. The case was also covered by the national television program, "That's Incredible!", broadcast in prime time. 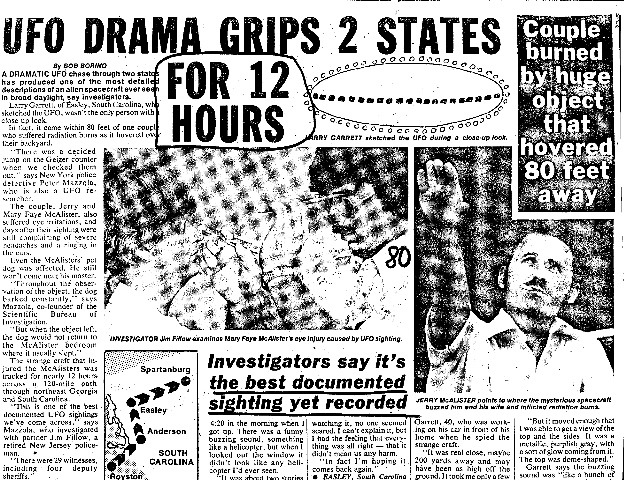 A strange coincidence. In Dec. 1980, just before the Cash-Landrum sighting, Jerry Mcalister's story was being filmed for a tabloid TV program. From The Index-Journal, Greenwood, South Carolina, March 13, 1981:

Flying Saucer
ANDERSON (AP) The television program "That's Incredible" plans a segment April 6 on Jerry McAlister. the Anderson man who was the first to spot a flying saucer last fall. Deputy sheriffs who went to McAlister's house confirmed the sighting. A crew from the ABC program was in Anderson for two days in December filming the segment on the UFO.