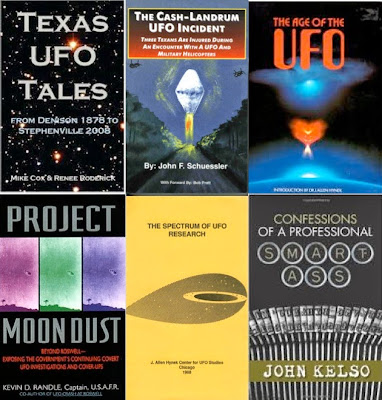 The Cash-Landrum case has been discussed in a great many UFO books, but most often as just a brief summary with no independent investigation or analysis. The majority merely repeat material from the John Schuessler reports. Below, we’ll list some of the works that do better, along with volumes notable for other reasons.

Age of the UFO Peter Brookesmith editor (1984)
This book is an essential for the case. It collects three 1982-3 magazine articles written for the UK magazine, The Unexplained Mysteries of Mind, Space and Time by John F. Schuessler and features his color photographs of the scene and the witnesses. There's information in these articles not appearing anywhere else including Schuessler's later book. The color photographs alone make this worth having, but the case details and variations ow witnesses and testimony make it a must for students of the case.

UFO Cover-Up: What the Government Won't Say (originally published as Clear Intent) by Lawrence Fawcett, ‎Barry J. Greenwood (1984)
Fawcett and Greenwood's chief interest in the case comes from the involvement of "mystery helicopters" that were so often associated with cattle mutilation lore. A historically important UFO book, and the first UDO volume to discuss the C-L case.

Above Top Secret by Timothy Good (1987)
Good's book (and some of his later ones) tie the C-L case into 90s conspiracy lore, repeating some of the material that was presented in the TV special UFO Cover-Up? Live.

The Spectrum of UFO Research, J. Allen Hynek Center for UFO Studies, Mimi Hynek, ed. (1988)
John Schuessler's first lecture on the Cash-Landrum case from Sept. 1981 is presented, and it serves as as an excellent introduction to the case, telling the story of the events, and discussing the early months of the investigation. The narrative of the encounter is followed by speculation about the injuries and their source. Includes photographs, the Q & A session that followed Schuessler's lecture, and his 1988 update on the case.
http://www.cufos.org/books/The_Spectrum_of_UFO_Research.pdf 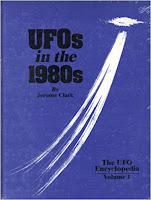 The UFO Encyclopedia: UFOs in the 1980s by Jerome Clark, (1990)
Clark's entry on the case is a good summary of John Schuessler's early material on the case, chiefly his report presented at the 1981 CUFOS conference. 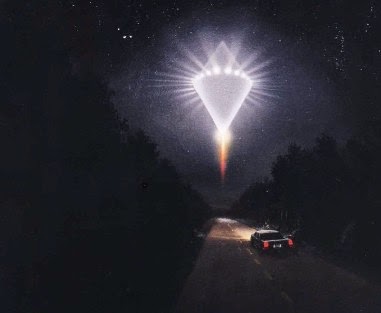 The UFO Phenomenon, Time-Life Books (1997)
Very brief coverage of the C-L case. This one is chiefly worth mentioning due to artwork featured in the two-page spread, and for the extensive newspapers advertising that spotlighted the case.

Left at East Gate: A First-hand Account of the Rendlesham
by Larry Warren and Peter Robbins (1997)
This book only mentions the case in passing: "The Cash-Landrum UFO incident occurred in Texas within twelve hours of the third night's incident at RAF Bentwaters. Two women — Vicky Cash and Betty Landrum — and Betty's grandson, Colby, saw a huge, toplike UFO..."
This (now-discredited) book gives us a brief detour from Rendlesham to Huffman Texas. Since the events happened so close in time together, they’re frequently mentioned in the same breath, but there's no valuable similarity or tangible connection between them.

The Cash-Landrum UFO Incident by John F. Schuessler (1998)
This book was self-published by the investigator and had a relatively small pressing, and is now out of print. The most valuable thing it offers are reproductions of case documents, witness testimony and photographs. It would be great to see this released as an ebook where the photographs could be seen at a higher resolution and in color. While book is imperfect, and far from objective, it’s an important resource.

Project Moon Dust by Kevin D. Randle (1998)
In chapter 11, Randle has a rare skeptical analysis, a ten page section titled, "December 29, 1980: The Cash-Landrum UFO Encounter." Kevin Randle is a retired Lieutenant Colonel, and his service and his experience as a helicopter pilot helps provide an understanding of the alleged military involvement in this case. More coverage on this book at:
Kevin Randle on Cash-Landrum: A Military Perspective

Pentagon Aliens aka Space Aliens from the Pentagon by William Lyne (1999)
Lyne's is an odd one, and is included for his brief interview with Vickie Landrum. There are some odd and interesting case details mentioned in the book, ones that can't be verified - or trusted.

UFOs, Angels and Stories of Faith and Courage by Edward Wesley Graves (2000)
Graves’ book is noteworthy in that it's the only one to depict the witnesses on the cover. Shortly after Betty Cash's death, he contacted Vickie Landrum  and spoke to her family, who believed the UFO was an "atomic plane."

The UFO Enigma: A New Review of the Physical Evidence by Peter a. Sturrock (2000)
This is a frustrating one, as it summarizes Schuessler's presentation of the case to the Sturrock panel, yet doesn't actually present it. A bit like somebody reciting what was in yesterday's newspaper, and it leaves you with the feeling you are missing something. 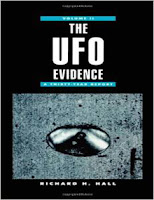 The UFO Evidence: A Thirty-Year Report by Richard H. Hall (2001)
Hall does an excellent job of summarizing the case as known without sensationalizing it or playing it for emotion. I liked it well enough, I've used it as the official BBL summary of the case, as The UFO Story.


Hunt for the Skinwalker by Colm A. Kelleher and George Knapp (2005)
This book just gives a recap of the C-L case from previous sources as an example of human effects from unexplained encounters to bolster the Skinwalker story. No new information.

Project Beta by Greg Bishop (2005)
Bishops book is very interesting. There's a C-L connection to the Paul Bennewitz saga, but it's uncertain if it was just speculation by Bennewitz, or if it was the result of manipulation by Richard Doty. Bennewitz thought the C-L UFO was a joint US-alien venture, part of the lore that became Dulce and the dark UFO mythology. The C-L coverage is very short, and unfortunately, does some harm by repeating some untrue rumors and speculation as if they were facts.


Need to Know: UFOs, the Military, and Intelligence by Timothy Good (2007)
More on Doty-style Cash-Landrum info, trying to tie things to the Bennewitz backdrop.

Secrets of Antigravity Propulsion by Paul LaViolette (2008)
"Evidence that the Air Force was test-flying an antigravity craft surfaced on the night of December 29, 1980. Betty Cash, age fifty-one  her friend Vickie Landrum, age fifty-seven, and Vickie's seven-year-old …"
LaViolette's book is a mentioned just as example of the case being used as means to further someone's agenda or prop up a conspiracy theory.


UFOs and the National Security State: The Cover-Up Exposed, 1973-1991 by Richard Dolan (2009)
"While, across the ocean, the Rendlesham Forest was the scene of dramatic UFO activity, Betty Cash,Vickie Landrum,and Vickie's grandson Colby Landrum were driving in the State of Texas, on the Cleveland Huffman Road on the way to the town…" There’s nothing original in Dolan's coverage. His depiction of the events is used to illustrate his conspiracy theory premise of colossal sinister UFO cover-up.

Texas UFO Tales: From Denison 1878 to Stephenville 2008 by Mike Cox and Renee Roderick (2010)
Texas UFO Tales was a pleasant surprise. A lot of regional UFO books are cranked out quickly, and that may have been the intent here, but someone goofed up and got a good researcher. The coverage of the C_L case is very good and you'll only find some of the data by digging as deeply yourself. It's the only book to date to include the testimony from the Bergstrom AFB interviews with the witnesses.

UFOs: Myths, Conspiracies, and Realities by John B. Alexander (2011)
“Cash-Landrum... is a very solid case, in which the observations and facts just don't make sense or support any prosaic hypothesis." Alexander's coverage of the case is brief, but well worth reading as he participated in the DAIG's investigation of the case led by George Sarran. Alexander's conclusions on the case are among the most interesting, that the events were real, but perhaps not the kind of real we are used to!

Confessions of a Professional Smart-Ass  by John Kelso (2013) "John Kelso has been writing a humor column for the Austin American-Statesman for more than thirty years...”This book features a four page section on the author's memories of covering the Cash-Landrum sighting for the paper. His piece was one of the few articles to approach the case with skepticism. UFO mavens would be better off reading his original article (which I may be able to reprint someday). The book is just a short recap of the case with some Kelso flavor, and leaves out the interesting details in his article. About all the only thing new here is his negative impressions of the town of Dayton. While he cracks wise in his memoirs, he admits he didn't know just what to make of the story.

Forbidden Science - Volume III by Jacques Vallee (2016)
Vallee's journals for the years 1980 - 1989 contain several mentions of the Cash-Landrum case, usually second-hand information with a mixture of fact and speculation. However, the discussion was with people such as Dr. Kit Green and Dr. Richard Nimetzow, so gossip at an elite level of ufology.

Fact, Fiction, and Flying Saucers: The Truth Behind the Misinformation, Distortion, and Derision by Debunkers, Government Agencies, and Conspiracy Conmen by Stanton Friedman & Kathleen Marden (2016)
Chapter 8 spotlights the Cash-Landrum UFO case, but it’s there mostly as part of an attack the character of the late Phil Klass. If you crawl the footnotes, you’ll find a few references to Blue Blurry Lines, sited as a source.

UFOs, Chemtrails, and Aliens: What Science Says, by Donald R. Prothero, Timothy D. Callahan (2017)
In the 5-page section, "Radiation Sickness, Melting Vinyl, and Scorched Asphalt: The Cash–Landrum Incident”(pp. 104 - 108), the authors discuss the case and comet a skeptical conclusion, based chiefly on the 1981 interview of the witnesses at Bergstrom AFB, Brad Sparks’ analysis of the reported injuries, and Robert Sheaffer’s article “Between a Beer Joint and Some Kind of Highway Sign” which in turn was based on the BBL report disclosing the unpublished case documents held by the Texas Department of Health. The authors conclude that “as a source of physical evidence, that Cash-Landrum incident is inconsequential.
. . .


There will be revisions from time to time, to add other titles and to comment on why they are worthy of inclusion.