The Cash-Landrum UFO Mystery on the Air


In the last few weeks, I was invited to talk on two different programs about the Cash-Landrum case.

Within days of the Rendlesham incident, halfway across the world a similar UFO observation would occur near Dayton, Texas, which forever changed the lives of two women, Betty Cash and Vicky Landrum, along with Vicky’s grandson Colby. The story, known today as the Cash Landrum incident, is well remembered in UFO literature, but is there reason to question certain aspects of the long maintained story, and can any new information be determined by a careful examination of early witness descriptions? Finally, we look at theories about the case espoused by members of the skeptical community, and ask whether aspects of these investigations haven’t offered equal amounts of conjecture, comparable to that of UFO advocates, albeit from an ‘opposing’ viewpoint. 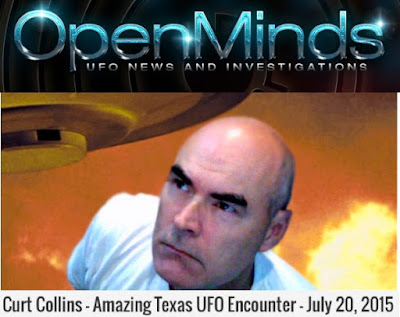 
Curt Collins is a UFO researcher and founder of the website BlueBlurryLines.com where he posts his work. Among other cases, Curt has taken a particular interest in the Cash-Landrum Texas UFO Encounter. The Cash-Landrum incident took place in 1980. Betty Cash, Vickie Landrum, and Vickie’s seven-year-old grandson, Colby Landrum, claimed to have encountered a UFO on the road near Dayton, Texas. It made the vehicle very hot and the group apparently suffered from physical effects due to the encounter.

In this interview we talk to Curt about how he got involved with UFO research, his findings regarding the Cash-Landrum incident, his work with the Roswell Slides Research Group, and much more.


Both Micah and Alejandro did a great job asking questions about the  Cash-Landrum case, and I was able to focus on some different aspects of the story for each show. As usual, I left lots of things out, and mangled a few details, but I enjoyed talking about the case and appreciate the opportunity to get the word out about it. If you've got any questions about things described on the programs, or just want to discuss the case, please post a comment.

Also, if you are visiting this page for the first time, welcome aboard, and please check out the case files on the Cash-Landrum case found at  Resources: Articles and Documents.
Posted by Curt Collins at 5:44 PM