A mainstream media piece by The Guardian from the UK is worth a look for it's portrayal of one of ufology's biggest embarrassments. The Curious Case Of The Alien In The Photo And A Mystery That Took Years To Solve. Written by Les Carpenter, a sports journalist, it sympathetically presents the Roswell Slides story from the POV of the promoter of the events, Adam Dew. There, Dew finally names and discloses the role of his silent partner, Joseph Beason. I'm not sure just why the story was newsworthy at this late date, but it does contain a few new bits, chiefly quotes from the perpetrators, and is the first interview with Dew since the events.  It's a nice piece, but there are a few things that need to be clarified, and a few errors that need to be corrected.

I was struck by the lack citation of sources in the article, or links to the source material, but the narrative is more accurate than not. The coverage of the deblurring of the Slides is shortchanged and there’s a only a brief mention of the Roswell Slides Research Group and Nab Lator (who is called Neb). Instead, the story is all about how Adam Dew was drawn into the circus, and how two Roswell ufologists let belief lead their investigation. 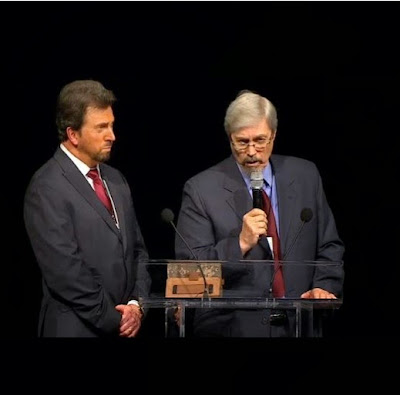 The ufologists in the story, Tom Carey and Donald Schmitt, look bad, making unsubstantiated accusations that they were victims. “It was a very sophisticated hoax,” Carey says. “Dew manipulated the slides. The one clue we couldn’t figure out was the placard, but they played hocus pocus with the placard. We were given something that had been altered.” The story says, “Humiliated, Carey and Schmitt apologized to the Roswell Slides debunkers.” No. RSRG member Tim Printy responded on Facebook, saying,

“It states that Carey and Schmitt apologized to the Roswell slides debunkers. I don't remember that apology. If it was given, it was some vague comment they made with little meaning. I also see that Carey and Schmitt still believe that the slides were altered by Dew. This is a lie and they are just fooling themselves. Rudiak claimed he could deblur his placard and we know that we could deblur Bragalia's. The problem with Carey and Schmitt is they believe they were too smart to not figure it out. Instead, they were just stupid UFOlogists stuck in the will to believe in the myth they created.”

Printy is correct. Carey and Schmitt’s claim that they received deceptive, manipulated versions of the scans is false. On the April 20, 2015, KGRA show, Fade to Black, a few weeks before BeWitness, Tom Carey said he was sent a high resolution version of the two Slides, and he describes both pictures in detail, the placard and the man and woman seen behind the body. (In other words, the museum setting was pictured.)

Portions of those same scans were sent to David Rudiak and Anthony Bragalia in an attempt to read the placard. After the RSRG deblurred the placard, those scans were made public, and they could be deblurred and read just as easily. The charges of digital manipulation of the slides against Dew and Beason are false. However Dew pleads admits to exploitation being "guilty of not discouraging the talk [of it being alien]. It was good for the project.”


The story confirms that after the deblurring, it was Beason who the RSRG was corresponding with, not Dew and Beason who posted at Slidebox Media the RSRG were "internet UFO Trolls" hoaxing the placard. It was later toned down, and proven to be false, but no apology from Beason was offered. The Slidebox site, http://www.slideboxmedia.com, is now dead, but the YouTube account remains. It's reported that "Beason has moved on."

The most glaring distortion in the Guardian itself is the claim that the show was a last-minute 2015 decision made as a last resort:

"By early 2015, Beason and Dew knew they had no choice but to reveal the slides. The pressure to do so was extreme and Dew needed money to fund his documentary... The only appealing proposal came from Jamie Maussan, an investigative journalist based in Mexico City."

This is inaccurate. At BeWitness, Dew showed a clip documenting how the deal  deal was brokered in November 2013, with Carey, Schmitt and Maussan traveling to Chicago for the signing the partnership arrangement.

The best quote in the Guardian story is how the investigation went off the rails. The pictures looked alien to them, and after pursuing details on Hilda Blair Ray's past, Dew said, “You start to fill in the blanks." Those blanks were filled with wishful thinking instead of evidence.

BeWitness promoter Jaime Maussan didn't get much coverage in the article, and it’s almost sad that "World-famous researcher" Anthony Bragalia who dreamed up much of the Slides narrative was not even mentioned.
Jaime Maussan has never given up on the Slides and continues to promote them, and has since used some of the same “experts” to promote a series of Peruvian mummies as alien bodies. The enterprise was was heavily promoted and exploited by the subscription-based video service Gaia, that bills itself as “a member-supported conscious media company.” For further details, see The Atlantic's article, The Racism Behind Alien Mummy Hoaxes by Christopher Heaney, Aug. 1, 2017

The new Guardian piece closes by saying that Dew intends to complete his documentary, Kodachrome, but otherwise life goes on. Of Carey and Schmitt, Dew says, “They got their hopes up,” but “will never get the answers they are looking for.”

There’s an interesting question that may not have been asked. Let’s assume Beason was sincere in approaching Carey and Schmitt,  asking “I want you to help verify” the Slides. If so, doesn’t  Slidebox Media, LLC have a case against Carey and Schmitt for failure to perform the contracted duty? None of the evidence produced in support of the Slides as alien turned out to be accurate. 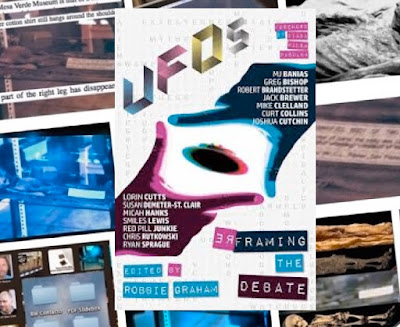