You've probably heard this story if you are familiar with the Cash-Landrum case:
April 30, 1981, a CH-47 helicopter landed in Dayton, Texas, as part of The Future Farmers of America livestock show. Vickie Landrum attended, met the pilot and she asked him if they ever encountered UFOs. He told her that he'd been called out by the Montgomery County Sheriff's department to investigate a UFO. when she told him that she was one of the witnesses and was injured in the encounter, he clammed up and tried to rush her out of there. 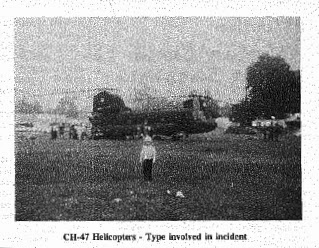 Later John Schuessler contacted the pilot by phone. According to reports, the pilot first admitted it, but subsequently denied it.

What Happened Before is Important


Before any of this happened, in April 1981, there was an investigation into the source of the helicopters in the incident. Allan Hendry worked with Professor J. Allen Hynek at the Center for UFO Studies (CUFOS). Hendry was contracted by the Fund for UFO Research (FUFOR) to investigate the helicopters in the Cash-Landrum encounter, but Hendry's report was far more inclusive (but much more on that later).

John Schuessler received a copy of this report and he either ignored or missed the connection detailed below.

Hendry wrote that during in his investigation on April 2 and 3, 1981, he contacted a Mr. Nidever from Ellington Air Force Base and was told that they while they were the only base in the area with matching helicopters, they were not in flight at the time of the incident. He did however, have an interesting story, Nidever said:


"We had a UFO sighting down here earlier about two years ago. We were called out on this by the sheriff's department of Montgomery county. they had spotted one about two or three times. They had a helicopter out there, we were supposed to go out when they saw it and go chase it down because Mr. Culverson (with the Army Guard) was involved in that."


Mr. "Culverson" is one letter away from the name of the accused pilot.

Hendry's report was distributed sometime in the spring of 1981, but Schuessler did not act on the information. Instead of investigating a possible connection between the two sightings, he missed it only to treat the pilot as a hostile witness. He gave his name to the officer during the DAIG investigation and later published the pilot's name in UFO literature, citing him as a participant in a UFO cover-up.

The UFO incident the pilot was connected with seems to match this case:

July 21, 1977; Porter, TX 4:15 AM. Officer John W. Bruner, a deputy sheriff, was on duty and was the first person to observe the phenomenon. Officer Bruner and his partner Officer Coogler were parked west of the object which appeared to be approximately 1/2 to 1 mile away. Bruner and Coogler got out of their vehicle and tried to observe the object better by shinning their light on it. The object moved toward the men and the officers turned off the light because they became nervous at seeing the object's response to their light. The object then moved back to its first location. The two officers concurred that the object appeared to have six portholes surrounding a type of framework. The two officers observed the UFO for approximately 45 minutes. During that time period, the UFO appeared to stand still in mid air, pulsated, traveled at incredible speeds and flew with erratic mobility. The officers described the UFO's apparent size to be about that of a grapefruit. Officer Bruner is convinced That the object he saw was not a balloon or a helicopter.

(from NICAP: The 1977 UFO Chronology
A similar incident on July 29, 1977 is the one where the National Guard was summoned to investigate by helicopter. Full report at: NICAP Investigator October 1977 (see page 4)

Based on the evidence, it seems that the pilot mentioned the UFO case. Vickie, in her excitement, made an overzealous mistaken connection. Emotion and the inattention of the investigator carried the story from there.

The pilot's denial was the foundation of the charges of US government and a cover-up. It was a false accusation.


Billy Cox located the pilot, and interviewed him for an article appearing on the case in the December 5, 1983 Florida Today newspaper:


"(The pilot) conceded he told them he'd flown a UFO mission out of Ellington, and he even repeated the part about being called out by the Montgomery County Sheriff's Department. But what he really told them, (the pilot) says, was that he and another chopper investigated a UFO sighting near Sam Houston State Park - in the Dayton vicinity- in 'June or July' of 1977. Not 1980. And they came up empty handed."

The pilot is quoted, “I guess those ladies just got what I told them mixed up.”
Posted by Curt Collins at 2:43 PM