The Missing Man: Bill English on Opening the Cash-Landrum Investigation

A Conversation with Bill English 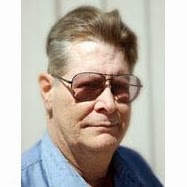 William English was the first UFO investigator to speak to a Cash-Landrum witness after the incident was reported, but very little is known about this gap in the case history. I contacted Bill English by email asking if he’d be willing to discuss his involvement in the Cash-Landrum case. He responded, “Interesting, since MUFON has taken all of the credit for that particular one. I'll be happy to answer any questions that you might have.”

During our telephone conversation, his other UFO experiences were not the focus but he did mention some of them. He is aware of his controversial reputation and feels that he’s been misrepresented. “On the web there’s all kinds of stuff written about me, and 90% of it is bullshit.” For example, “I was Captain in the Army, not the Air Force, and there was a B-52 that went down.”  Most significantly, he stands by his claims of having seen the Project Grudge/Blue Book #13 report, but he did not discuss any details of it with me.
“So much of what is said is like the game of Chinese Whispers,” and things get distorted while being repeated again and again as gossip and rumors. For this article, I’m staying away from that end of the the story, but that path features players like John Lear and Bill Cooper, and goes to places like Dulce and Roswell.

English was clear-headed and cordial, even while talking about unpleasant memories. He has some strong opinions on things, but time has blurred some of the details, and he often had difficulty recalling people’s names. This presents a quandary for me, as I don’t wish to further cloud the Cash-Landrum story by repeating his memory errors, but feel he should have a chance to tell his side of the story. I’ve decided to first present what can be documented.

What the Record Shows 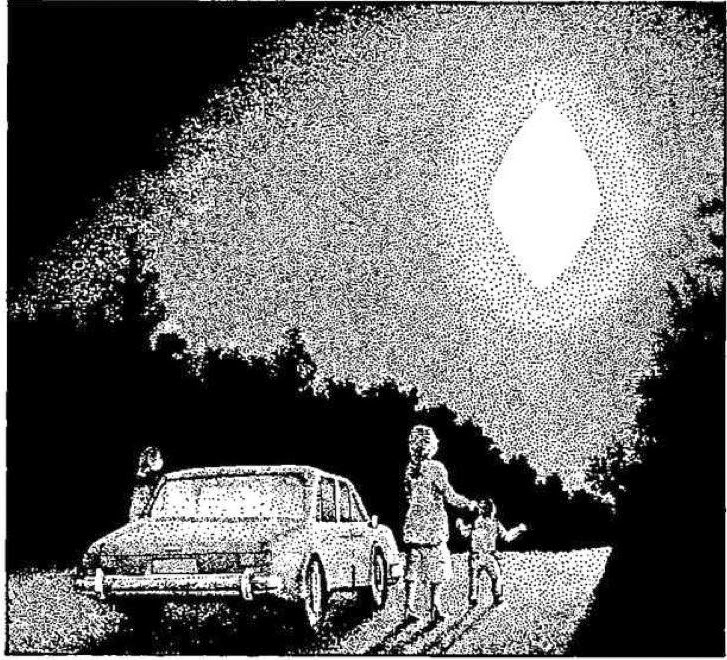 On Feb. 2, 1981 Vickie Landrum called the National UFO Reporting Center, but her report does not describe the UFO in detail and instead focuses on the illness of Betty Cash. She says the doctors can’t tell what’s wrong but have tested her blood for radiation poisoning with negative results. NUFORC forwarded the report to APRO, the Aerial Phenomena Research Organization, in Tucson, Arizona. Bill English intercepted the case and talked to Vickie Landrum on at least two occasions. During one of those calls, Vickie Landrum claimed that English told her that Betty Cash was going to die as a result of her injuries. English then instructed APRO secretary Chris Panter to call Dr. Richard Niemtzow of Project VISIT to have them lead the investigation. (English was unaware that Niemtzow had moved away from Texas and was no longer a VISIT member.) English managed to locate three additional UFO people who reported seeing a UFO on the same night as the Huffman incident.

There were close ties between tabloid news and UFO organizations during the period, and it was common practice for them to raise cash by selling UFO story tips. English, allegedly with the permission of the witnesses, sold the story to The Weekly World News in the hope that the witnesses would also receive compensation.

That seemed to conclude English’s involvement in the case, except that in the WWN story and in at least two others, he was interviewed or quoted. He stated that he’d unsuccessfully tried to locate the source of the helicopters reported in the incident, and advanced the theory that the helicopters were also UFOs, unmanned probes in the service of the larger one.

When a local reporter became aware of the tabloid coverage, she interviewed the witnesses and suggested that Betty Cash call John Schuessler at NASA, who was also deputy director at MUFON. This began an investigation, and the case became a MUFON property, almost exclusively reported through their Journal and symposiums, or in mainstream media with the guiding hand of Schuessler. 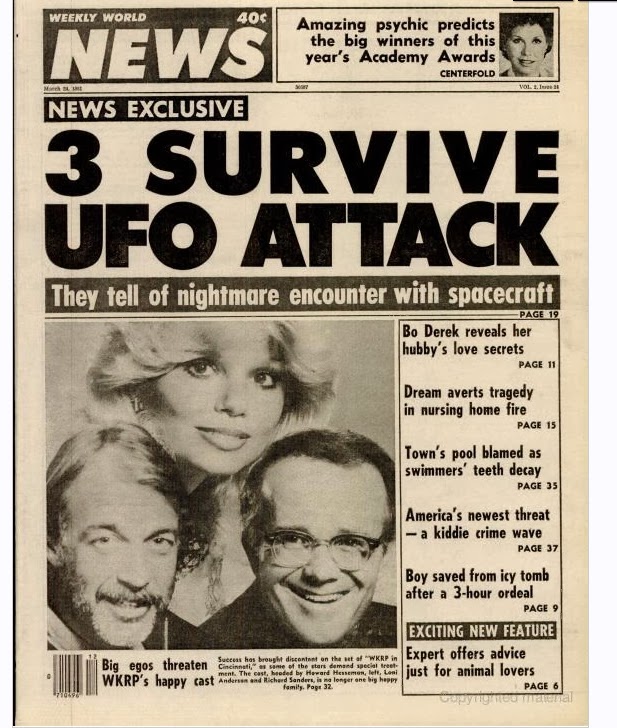 When I asked English how he became involved with the case, he cautioned me that it was a long time ago and difficult to recall, but went on to tell what he remembered. “I was hanging around the APRO office in order to pick up cases. One day the secretary received a call from one of the ladies begging for help, and she said her friend was dying.”

When he talked to Vickie Landrum, she told him about the events, describing the object as “bell-shaped, and it produced a noise like thunder.” It flew over, and then stopped for a moment ahead of them in the road. “One lady stayed in the car, the other walked toward it.” When she went home, she felt ill, went to the hospital and the doctor couldn’t help her.

He asked her to describe Betty Cash’s symptoms, and they reminded him of those of radiation sickness from his experiences with nuclear weapons. The doctors had no clue as to what was wrong or how to help her. He told Vickie to get the doctors to check Betty for radiation exposure. Betty was then treated for radiation poisoning and shortly thereafter began recovering. 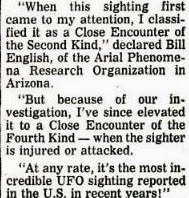 English said there was a deal between UFO groups to share details on cases. Because APRO did not have the funds to fully investigate the case, he contacted MUFON (who was based in the Houston TX area at the time, near the witnesses). He felt it was unfair that MUFON had taken all the credit for this case and did not mention APRO’s role in the case.

I asked him about the allegation that he sold the story to the tabloids. “I did,” he replied, “ to the Weekly World News.” He agreed that UFO groups were closely working with tabloids during the time and said that “UFO stories were a tabloid mainstay.” He went on to say that he thought it would help give the case exposure. He remembered the story tip paid about $100 and that it “went straight into APRO coffers.”

He did not remember his own investigation of the case as reported in the Weekly World News, including locating the other three UFO witnesses. I asked him how WWN reporter Dick Donovan conducted his investigation. “He never left Florida,” and worked the story by phone. I asked if he knew who took the photos of the witnesses used in the articles, but he did not and could only speculate.

He stated that he was only involved in the case for a few days, but “did what I could to help,” and remained interested and continued to follow it.

Wars and Rumors of Wars 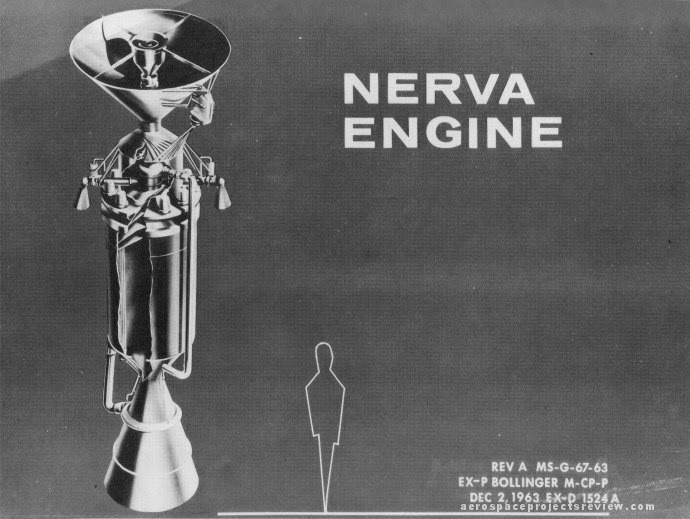 I asked him if he was familiar with the claims made by APRO, Bill Moore and Richard Doty, that the UFO was a United States secret military project using a nuclear engine. He was familiar with the scenario and seemed to think it was plausible.
“Not Moore.” He’d heard that suggestion from another source, “Stanton Friedman, told me he was involved in developing nuclear rocket engines,” and had told him about the testing of such programs. “In the archives, I came across a document that verified this development.”

I mentioned to him that while in the 1980s Stanton Friedman had promoted the nuclear craft theory, he had later changed his mind, and that it was not ours. He said Friedman was “told to shut up.”

Returning to the case itself, he said that the Cash-Landrum witnesses deserved better, and of his treatment, “MUFON screwed me. I called the news, then turned it over to MUFON.”

An Estimate of the Situation 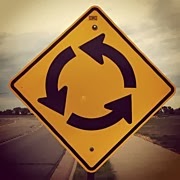 He was critical of the state of the UFO field, both now and then, and described his split with APRO. He thought they had gone astray and had stopped investigating UFOs, chiefly due to being preoccupied with the stability of the group and financial problems. He expressed regret that the organization had become run as a dictatorship, and after the death of Jim and Coral Lorenzen the organization was disbanded and their extensive historical files were no longer available.

He feels that no one is doing actual UFO investigations anymore. He’ll occasionally watch programs like those on the History Channel and complains that “they are only rehashing old stories.” He said, “We need scientific investigation of UFOs.”

Bill English turned the Cash-Landrum case over to Texas area investigators partly because of Dr. Richard C. Niemtzow's association with them. He was unaware that Niemtzow had moved away and that Schuessler's group was no longer working with him. We are left to wonder how the case might have been different had a radiologist actively participated in the investigation.