The best source of helicopter operations in the Cash-Landrum UFO incident seems to be forces covertly gathered for the purpose of a second attempt to rescue American hostages held in Iran. 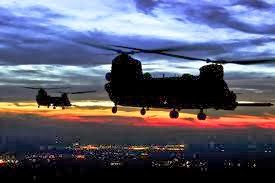 Writing about the aftermath of “Desert One,” the first, failed, rescue mission of the hostages:

“The second positive outgrowth — and to us in Delta Force, the most important one — was the formation of an Army Special Operations aviation group. That organization was initially known as Task Force 160 and eventually evolved into the 160th Special Operations Aviation Regiment — the "Night Stalkers" of today. They are one badass aviation outfit, able to operate at night and under all weather conditions anywhere in the world. They are a dedicated, highly proficient, and absolutely courageous bunch of flyers. They are to aviation what Delta Force is to commando operations.”     - Eric L. Haney, Inside Delta Force 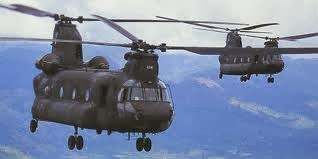 Here's a more detailed account of how the helicopter unit operated:

"This provisional unit was at first dubbed Task Force 158 since the majority of the pilots were Blackhawk aviators detached from the 158th. Their distinctive 101st "Screaming Eagle" patches remained on their uniforms. The Blackhawks and Chinooks continued to operate around Campbell Army Airfield at the north of post, and Saber Army Heliport at the south. The OH-6 Cayuse, an aircraft that vanished from the Division's regular inventory after Vietnam, were hidden out by the ammunition holding area at spot still known as the "SHOC Pad", for "Special Helicopter Operations Company." 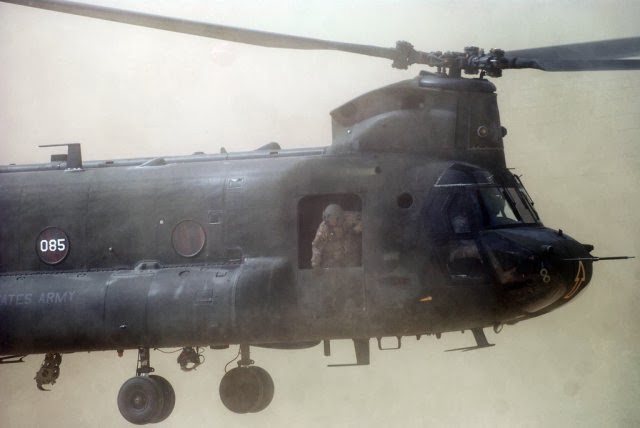 As the first batch of pilots completed training in the fall of 1980, a second attempt to rescue the hostages was planned for early 1981. Dubbed Operation Honey Badger, it was called off when the hostages were released on the morning of President Ronald Reagan's inauguration." -160th Special Operations Aviation Regiment (Airborne)


It seems they were out of play for December 29, 1980, a period already unlikely for operations anyway, due to the holidays. We're left with nothing but a suspicious character that has a good alibi.

With the additional emphasis on military secrecy during President Reagan's terms, the search for the origin of the helicopters may have been problematic. Just exploring the possibilities could have exposed other, current operations. It could have been decided just to say nothing, and let the UFO story work as cover.