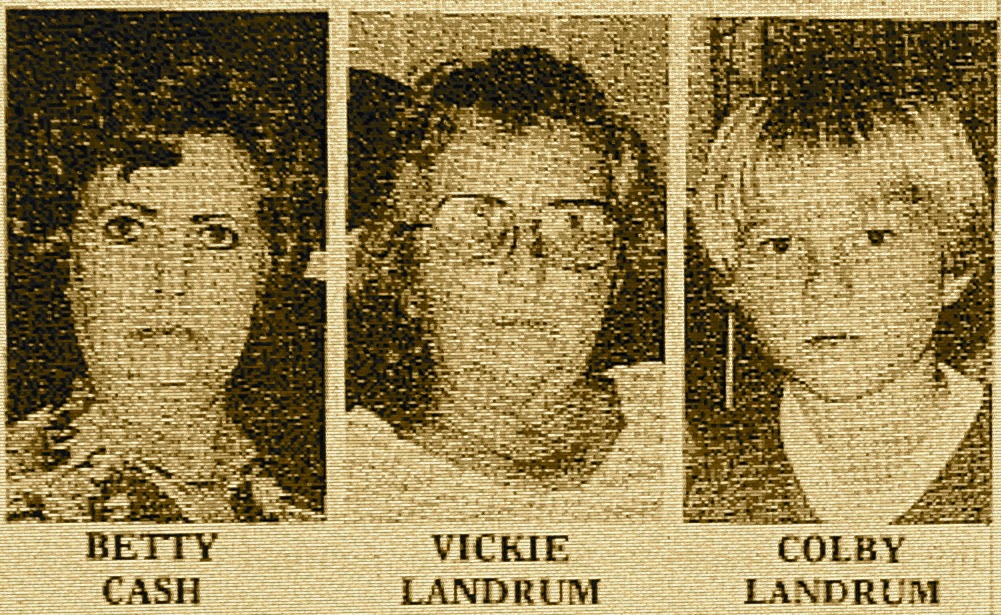 "I am concerned that Betty Cash and Vicki and Colby Landrum may be merely pawns in some kind of game." - Coral Lorenzen

This historical correspondence released here needs an accompanying UFO politics and history lesson longer than I can provide.  So, I’ll try to give it a basic and informal introduction instead.

In the days when giants roamed the Earth, there was a feuding, territorial situation with rival groups trying to stake claims on UFO cases. Jim and Coral Lorenzen founded APRO (the Aerial Phenomena Research Organization) in 1952 and for years it endured while other UFO organizations came and went.  MUFON (the Mutual UFO Network) was formed in 1969 by some discontented members of APRO over a difference in policies. Jim and Coral Lorenzen saw Walt Andrus, John Schuessler and his upstart MUFON group as traitors who’d led a mutiny. Publicly, however, there was a stated shared goal that UFO groups would cooperate and share data.

When the Travis Walton case hit in 1975, APRO tried to own it and there was some controversy over how they handled the case, and to strain their dysfunctional relationship further, MUFON labeled the Walton affair a hoax. In 1981 when the Cash-Landrum case surfaced, APRO couldn’t effectively investigate it due to the distance involved, so they passed it on to a small independent research group called Project VISIT (Vehicle Internal Systems Investigative Team) chiefly because they were based in the Houston Texas area and near the witnesses.  John F. Schuessler, while MUFON’s Deputy director, was also the leader of Project VISIT, but VISIT was not MUFON.

Initially, it was a VISIT case, but soon became soon a MUFON property, prominently featured in their journal and annual symposium lectures.  The reporting of the case almost came almost exclusively through Schuessler, but at first he shared case files with the other major UFO groups including APRO. When the Lorenzens had questions about the evidence, their inquiries went unanswered, causing them to seek answers elsewhere. The resulting APRO column ignited a feud between APRO and MUFON, or at least between Coral Lorenzen and John Schuessler. The feud had the Cash-Landrum investigation squarely in the center, and the battle was fought in scathing letters which were distributed to a circle of UFO insiders and associates.

The exchange is a fascinating look behind the scenes, an emotionally charged swap of allegations, counter-charges, mud slinging and rumors. Along the way, a few factual case matters were discussed, too.

APRO insinuated that Andrus, Schuessler and Hynek had ties to the US intelligence community.


A rogue member of APRO intercepted the story and sold it to the Weekly World News.

Schuessler was unaware of any road repairs to the UFO incident scene until 1982.

Bill Moore was circulating a story that the UFO was a secret USG nuclear-powered vehicle.

APRO made bold charges in print that the UFO was definitely a military test craft.

APRO stated that by Schuessler promoting the event as a UFO, he intentionally or not, was allowing the USG to disavow it as their project.

APRO charged that MUFON was desperate for a good UFO case and was milking it for publicity.

In response to APRO’s US secret project allegations, Schuessler told Lt. Col. Sarran to question them.

Schuessler rejects their charges and accusation, accusing APRO in return of being sensationalistic.

Schuessler denied allegations that the US is paying Betty Cash’s medical bills (but does not disclose  they are partially covered by Medicare).


Many of the topics mentioned branch into other complex areas which will be discussed later. Grab your favorite beverage, a notepad and dig in. Previously only seen by the UFO elite!

A note about the image quality: These scans were made from second-generation or later copies, sometimes of old carbons. In cases of the worst images, attempts were made to adjust for clarity.


A special thank you goes to Robert Barrow for furnishing the missing pieces of this documentation.
Also check his blog about the classic film,  UFO: The True Story of Flying Saucers