Over the years, there have been a few new claims of additional witnesses to the Cash-Landrum sighting of Dec, 29, 1980. The trouble is that the details are usually sketchy, rarely match and can't be verified. Worst of all, they don't explain why they didn't come forward when the case was at its height of publicity, or when it really might have mattered, during the attempted lawsuit against the US government.

One fairly recently surfaced claim is interesting, due to the details and the effort the witness has made in reporting it. After cross-checking, I've found three separate places where the witness, a former airman, anonymously reported the same thing.


Kevin Randle: A Different Perspective: Cash Landrum & Crash Retrievals Jan. 2011
joe b. said...
vickie,coby,and betty were not the only witnesses out there that night in 1980, I was right down the road on my way to houston, as i was coming from england air force base in alexandria louisiana!
http://kevinrandle.blogspot.com/2011/01/cash-landrum-and-crash-retrievals.html

Ray-X: Jim Moseley Is On The Case: The Cash-Landrum Incident Nov. 2011

the truth is there were more witnesses that night. especially on alternate 90, the highway adjacent to the area where the cash and landrums were.the craft was the size of a water tower, i did not see any helos following as the craft was flying good and very quite. i got out of my car on alt.90 and walked into a the plowed field and it was a cold clear night. i wached this beautifully colored craft with many diff. colors in the belt area of the craft as they rotated. the craft stopped in mid flight and wobbly continued over the highway. i experienced the oz factor or lost time. got back in my car totalyy stunned. i drove to the nearest covenient store about 4miles away and bought a beer. i kept my mouth dhut for many yrs. till 1989 because i was in the military at the time. i told my wife and called walt andrus in 1989, he said he didnt know what it was. i called him after seeing the 1989 unsoved mysteries. p to that point i thought i was nuts but i knew what i saw. 1980 road traveler.http://xrayer.blogspot.com/2011/11/jim-moseley-is-on-case-cash-landrum.html?showComment=1345684596780#c7472763541153769181

In Feb. 2013, the sameman filed a report at UFO Evidence, filling out their online form. He provided answers to all questions. (There is an option to upload a picture or sketch, which he did not use.)

December, 29, 1980 - UFO Evidence 2/11/2013 12:43:08 AM
Date:
December, 29, 1980
Location:
dayton, Texas, United States
Summary:
On leave.left england a.f.b. louisiana at approx.6:30 pm enroute to houston tx. as i got within 30miles of humble i looked out at the cold dark clear sky at what i first thought was a big jetliner but i had to look again and i saw a huge water-tower sized craft. this was a large thing. a white disc diamonded shaped with top and bottoms cut off. i was on a busy highway near houston. there many cars on this 2-lane highway. i pulled off the road at about 9pm shut off the engine and walked out into the plowed field. there was no fence. no other cars stopped only me! i looked up at the beautiful modern craft with different colored windows on its beltline. it was eerily quite! it flew about 600 ft. above me. it stopped for 5 secs. and sped off wobbly at about 200mph like it was in trouble. no flames.no helos. i got back in the car i was driving alone. and had the oz factor or missing time. i war shaken up pretty bad and drove for 5 miles to a country store and told the clerl i had just saw a ufo! i drove to hou.
Date Reported:
2/11/2013 12:43:08 AM
Sighting Time: 9:30pm Day/Night: Nighttime Duration: 20minutes?
Appearance / Description of Object(s)
White like space shuttle color. modern not old fashion bare aluminum of the 1950s. shaped like a elongated diamond with the top and bottom tips cut off. big beautiful centerline mult-colored bright square revolving windows.
Size of Object(s)
huge! city water tower sized! 200ft.high by 300 ft.long
Distance to Object(s) & Altitude
Alt.started at 1500 ft. and de scended to 500 ft. dist. from me was 200 or 300 yards above me.
Description of Area / Surroundings
Rural open plowed fields a cold starry nite. intercontinental apt. 35 miles away.nasa 60miles. ft.polk 100miles. england air force base 200 miles.
Full Description & Details
I drove into hou.tx.that nite. for the holidays. i told only a brother about this sighting and he thought i was out of my mind. remember i saw no aliens in this sighting a ce2 case i believe only one craft involved! i told no one because i was in the u.s.a.f. at the time from 1979-1990. and i didnt want repurcussions from the military. during this same time period in 1980 the rendelsham forest afb sightings were going on. how strange. i to developed white spots on my body, hair loss, burning ears, headaches,ect... not till 1989 as i was stationed in charleston s.c. i saw the cash landrum case on unsolved mysteries and told my wife of my involvement. i then called mufon in seguin texas and told walt andrus of my sighting who the director at the time. he told me there lots of witnesses but no one knew what it was. this thing was for real!
Can sighting be explained as any conventional man-made or natural object?
Dont know. it could of been a captured ufo or man made craft on a test flight.
Witness Background
U.s. military 10 yrs.
Views on UFOs, before and after sighting
Very little
Other Comments
The cash landrum case only focuses on only 3 witnesses. but there were many more!
Reported Sighting? Yes

After getting his contact information, I wrote to him in Feb. 2014, asking if he'd like his report to be part of the investigation and if he could provide further details. It took him several months to reply, July 15, 2014.

“hello, curt. just saw your e-mail sorry. my exact location at the time is kind of blurry to me after all these years. my age was 20 yrs. old. I would like to participate.”

He's not responded to a request for further information, so it's at a standstill.

The material in his report is interesting, but of little value since they can't be checked. Certainly the claims of physical aftereffects are interesting. The details on the base, the travel time and the route he took are all plausible, and demonstrates a familiarity with the area. All that sounds good.

There are, problems, however. He claims little familiarity with UFO literature, but posted on two UFO blogs and a UFO reporting site, and he mentions "missing time, the "OZ factor" and "ce2 case" which indicates more than a laymen's knowledge of UFO terminology. He claims to have contacted MUFON, but if there's a recored of the call, it is not publicly available. There's also a couple of other suspect details, but I'm hoping he will resurface to clarify.

Until further information comes forward, all that can be done is just to file this one in the gray basket. 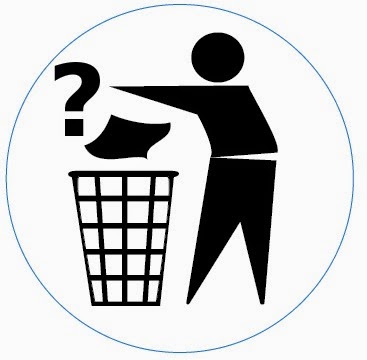