Researching the Cash-Landrum research and looking through some DoD documents on the 1980 plans to rescue hostages held in Iran, I came across a file discussing "Interim Non-Violent Options."

It discusses spreading rumors, propaganda literature, knocking out the power grid, and periodically probing Iran's airspace. The most intriguing one was, "Supersonic overflight by SR-71 accompanied by detonation of photo flash bombs over selected Iranian military, government, and Industrial facilities." These "bombs" are just big flash bulbs that light up an area for aerial photos, but the US already had pictures, and this would have been just for show. 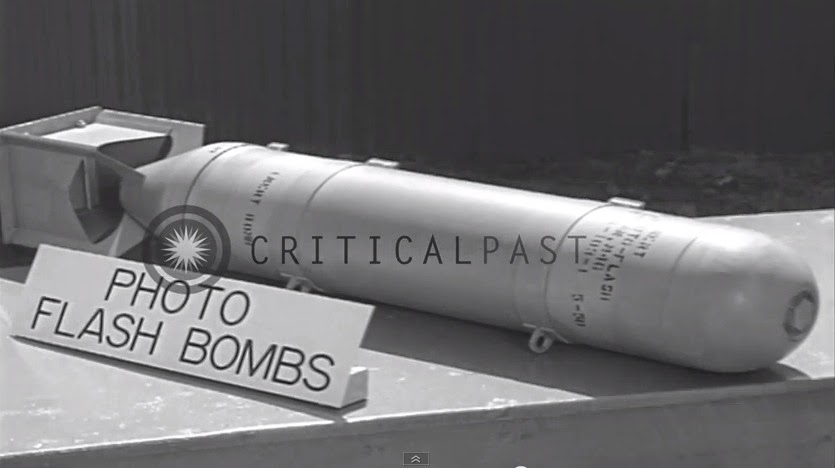 Trying to find out more about the purpose and of the photo flash bombs eventually led me to "National Security Archive Electronic Briefing Book No. 456," a lengthy article which discusses the document and how it plays into the larger scheme of "perception management" and PSYOPS.  Interesting reading for those interested in going down the rabbit hole of the mind games the military plays:
Special Plans and Double Meanings: Controversies over Deception, Intelligence, and Policy Counterterrorism


Background on the Ryan night reconnaissance drone 147NRE from http://www.vectorsite.net/twdrn_03.html:


A series of reconnaissance drones derived from the Firebee, known generally as "Lightning Bugs," were used by the US to spy on Vietnam, China, and North Korea in the 1960s... the Air Force also came forward with an urgent requirement for a low-altitude night reconnaissance drone. Four Model 147NPs were pulled from production and modified as "Model 147NREs", where "NRE" stood for "night reconnaissance electronic". The Model 147NREs had a dual-camera payload synchronized to a bright white strobe light fitted into the drone's belly. The strobe lit up the sky when it went off.

The Model 147NREs were painted black as appropriate to their night mission...but the Model 147NREs did not quite meet expectations. The "footprint" of the strobe light was fairly small, and the drone's navigation system lacked the accuracy to put the cameras precisely on target. However, the Air Force did obtain useful intelligence from the drone's cameras even when they were not on target, as well as some minor psychological warfare effect from the startling bright strobe flashes, and felt that the concept was worth further development.

The effect of a photo flash or strobe is to briefly illuminate the area much as silent lightning would do. The unexpected psychological effect of the 147NRE drone's strobing flash may have led to the use of other lights from aerial objects as PSYOPS weapons. An unseen SR-71 dropping photo flash bombs above the enemy would seem to be one such application.

Thanks to Mirage Men author Mark Pilkington for the "Lightning Bug" tip.