The National Geographic UFO series aired in the UK as UFO: Alien Invasion, but in most other countries as Invasion Earth. It was produced by Pioneer Productions for National Geographic Channels and Science, and was broadcast in the US as UFO Conspiracies starting November 19, Wednesday (10 PM - 11 PM) on Science Channel.

Here's a link to summaries of the 8 episode series:
http://natgeotv.com.au/tv/invasion-earth/episodes.aspx?series=1

I'm only concerned with their coverage of the Cash-Landrum story, featured in episode 4,  "UFO Swarm" which aired in the US December 10. It's the final third of the program, a segment about thirteen minutes long:

“Witnesses in Texas claim their confusing physical illnesses are the result of a massive, fiery object and in the skies above Brazil, jet fighters play cat and mouse with unknown lights.”

I'd originally seen the Russian-language version of the episode featuring the C-L case, but have  updated this article after hearing the show in English. It's mostly a review of the case, but with a few new elements and discussions. Archival footage of Betty Cash and Vickie Landrum telling their story from the 1985 HBO show, UFOs: What’s Going On? is used.  The treatment of the case is serious and respectful, and the production values are good. The re-enactment scenes fairly tastefully done, the big clunker being the awful wig that would have embarrassed Vickie Landrum.

The portrayal of the UFO is disappointing, but in some shots, not so bad. The scale of the object is good, but it seems to placed be a bit too low, and close to the car, about half the distance reported in the case (but not bad for TV). The flames are pitiful in comparison to description, and should have been about equal to the UFO’s width.

The worst is when it's shown to be a literal giant diamond. The witnesses used the diamond description, but just for the outline. It was not described as four-sided, but more ovoid with a bulging midline. Other shots show a big lighted shape that isn't so distinct, which was much better. The only attempt to portray the Chinook helicopters was a short shot of the UFO surrounded by spotlights.


The worst problem was the fact the incident was simplified for television. The case is complex enough it would need at least a full episode to do it justice, but it just gets a hit-and-run treatment. All that is featured in the reenactment is the initial encounter of the UFO and they do not examine the sightings from later locations or the movement by it or the helicopters the witnesses described.

They leave out some key elements of the story, such as Betty's account of burning her hand on the door handle as she returned to the car. The actress was wearing a sweater instead of the leather jacket Betty used to open the door.


Far too much time is given to Dr. Bryan McClelland, the family physician who treated Betty Cash starting in 1983.  McClelland is sometimes misrepresented in the media as a radiologist, or Cash’s original physician or both, and in this program, it’s implied he treated her immediately after the incident. McClelland mentions that he began treating Betty Cash after she moved back to Alabama, but does not say that it was later than that, about 1983. He claims that her symptoms followed the pattern to exposure to radiation exposure. He also said that he'd that he taken a biopsy from Betty Cash and tested it, and insists that she was exposed to radiation that led to her health problems. (This is his opinion, and it is unsupported by any documentation.)

Fictionalized wounds on the actor portraying Betty Cash are placed on her face, collar and arms.

Nick Pope is prominently featured in the series. Here, he is introduced as having studied the case for fifteen years, and he offers some commentary and speculation on the nature of the UFO, and discusses the charges of a government cover-up. He suggests that the UFO was a nuclear-powered prototype, possibly an unmanned  black project.

Chris Pocock, editor of Aviation International News offers comments on the secrecy regarding the testing of military projects and the locations where they are generally tested. He finds the secret test vehicle scenario unlikely, pointing out that such vehicles are not tested in populated areas.

Jim Thurston is captioned as “Medical Radiation Specialist.” He’s the head of Radiation Protection and Dosimetry at The Royal Marsden NHS Foundation Trust. He discusses the effects of radiation and the dosage, and points out that a dose of ionizing radiation capable of producing the symptoms so rapidly would have been a lethal one. He dismisses radiation as the cause of injuries and points that exposure to chemicals could have produce the same symptoms.

There’s a discussion of some skeptical theories.

Dr. Robert Bartholomew is captioned as “Medical Sociologist,” and he’s written on UFO and paranormal topics, and believes most witnesses are sincere. He discusses that witnesses may be truthful, but be mistaken in interpreting what they’ve seen. Bartholomew points out that our memories do not playback what happened, but a reconstruction based on our interpretation. He also suggests that the stress of an encounter could produce psychosomatic physical problems such as rashes, headaches and vomiting.

Prof. Randy Cerveny, captioned as “Extreme Weather Expert,” is a professor of geographical sciences at Arizona State, and the author of two books on freakish weather. He discusses the possibility that the UFO was a superior mirage, possibly the reflection of the column of flame of a nearby oil refinery.

I have a source inside the film making industry, we'll call him PK. He tells me that shows like this shoot segments with "experts" where they talk about different topics, which are edited into bits of several different shows. That's what's happened here, and some of the comments are so generic they could have been used for most other UFO cases. None of their experts had any specific relation or familiarity with the Cash-Landrum case. Some of it is very good, but it lacks depth.

It's not over until the segment's over

The attempt by the witnesses to file a legal claim against the United States is very briefly discussed. They show a made-for-TV army document, then some of the case paperwork, including one from the Texas Department of Health (first published here at Blue Blurry Lines!) The implication is that officials lied under oath to cover up the events.

They tell the basic story, superficially deal with the pros and cons, and then seem to shrug, and leave it in the “who knows?” category.

I was in contact with Paola Desiderio, Pioneer’s Archive Assistant Producer, and exchanged a series of correspondence helping with getting them images, and putting them in touch with John Schuessler. Besides shopping BBL for ideas, they used some photos from this site, transformed to black and white. In the closing  credits, under Stock Footage, they list John Schuessler for the use of his photographs, but it’s his only acknowledgement in the show. Using my work without credit is forgivable, but Schuessler deserved far better.

There were also negotiations with other parties to provide material on this case never before broadcast. Why those failed, I don’t yet know, but it gives me hope that it can yet be presented in a more thorough examination of the case. The key item of interest is the audio recording of the witnesses giving a statement to officers at Bergstrom Air Force Base in 1981. When the deal fell through to get the new interviews and materials, they should have just moved on to covering another UFO case. 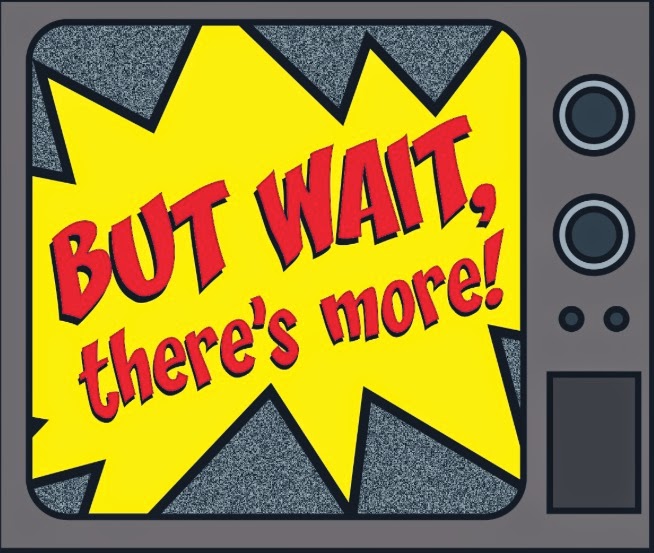 There are two other programs coming in the near future that will discuss the Cash-Landrum case, NASA's Unexplained Files, and Hangar 1: The UFO Files. Investors are warned that, “past performance does not necessarily predict future results.” In the case of television, I think it does, and that these programs, too will botch the story.

The best that can be hoped for about these UFO shows, is that people will hear about these cases and be prompted seek out more accurate information on them. Don't laugh. We can dream...

If National Geographic can’t get the Cash-Landrum case right, TV should just give up on it.

Television, you can’t handle the truth.