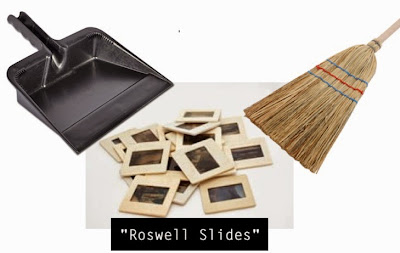 This piece is odds and ends, mostly some housecleaning from the Roswell Slides affair. Anyone following the story knows that Jaime Maussan is holding on the claim that the child mummy is really an alien from Roswell. He's even put out a bounty for other photos of it, or the body itself. Maussan's not the only one holding on to this sunken ship, either. To follow the aftermath of this fiasco, stay tuned to the blog of José Antonio Caravaca.

Hopefully, the events will be examined, and some lasting lessons will be learned about objectivity, transparency and accountability.

There were several early radio and podcast interviews with members of the Roswell Slides Research  Group and others interested in the case. Here are the earliest ones, while the dust was still settling. 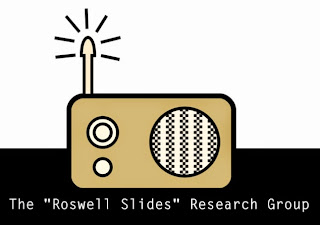 
The Gralien Report from May 5, 2015. Micah Hanks presents:
"A friend of the program, researcher and filmmaker Paul Kimball, was one of the operative members of the Roswell Slides Research Group, who helped determine the origins of the mummy depicted in the images. Paul joins us in hour two of the program to discuss the need for better judgement and discernment in the field of UFO studies."

Podcast UFO by Martin Willis: "This show is dedicated to the recent Roswell Kodachrome 'Alien' Slide release, starting out with a pre-recorded Philip Mantle of UFO Today, Curt Collins of Blue Blurry Lines comes up before hour two to speak for the 'Roswell Slide' Research Group. In the bonus hour hear what Kevin Randle has to share of the latest events including his talk with Don Schmitt."

Roswell Alien Slides placard deciphered, says it is a mummy by Alejandro Rojas
Alejandro's story is unique in that he knows all the key players, and personally verified the deblurring of the placard.

The Roswell Slides: Chronicle of a Mummy Foretold by Red Pill Junkie
This is an excellent article written from the perspective of a member of the BeWitness audience.

What Can We Learn From The Roswell Slides? by Adam Gorightly
An examination of the of the mess and the mess it left.

The (NOT) Roswell Slides Saga… by Stephen Miles Lewis
A collection of resources so fine, that I refer you to it instead of continuing this list!

Thanks to all that helped, including

It was great to see the UFO community dig in and take part in trying to get the facts on the Slides story. A few thank yous to some not previously mentioned:

Philip Mantle for collecting a list of statements from experts on mummies.
Shepherd Johnson for his work on the Mesa Verde museum and with the Eisenhower Presidential Library.
Cristian Contini, HeywoodFloyd and many others for their independent verification of the placard.
Frank Warren at UFO Chronicles for his diligence in pursuing the truth on this story.
Roberto Labanti, Harry A. Newton, Mortem Foray, Dr. David Clarke, Stan Ho, Scott Brando, and many, many more who've offered information, support and encouragement.


What's next for the RSRG?

Some people have suggested the RSRG become a UFO truth squad, but I'm not so sure about that. The way the RSRG folks were brought together was more luck than science. We happened to have some very bright and talented people, and sought outside expertise whenever we needed it. The "Slides" case was unique in many ways, chiefly in that the key evidence ultimately provided exactly the information to conclusively provide the solution. It's almost like something out of an old Batman comic, with the Joker passing out clues.

Can we do it again? Probably not, but I think the model is a good one for co-operative research. We banded together as volunteers sharing a common interest and goal, which was to find out the truth behind the Roswell Slides. The group itself was private, but within it, information was openly shared, and there was the freedom within the group to explore and develop ideas. It produced good results and as soon as we verified material it was shared publicly.

Could someone else do it? I hope so, but I caution that it can't be forced, or it could wind up a committee, and bureaucracy tends to kill the creativity and sense of fun that fueled our energy. In the meantime, the key players are still doing good work on their own. Should the need arise again, and if it sounds like fun, then we'll be there. 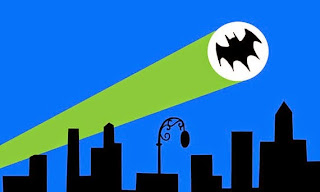 Also, I should note that I try to reserve this space for focused pieces, but post smaller bits and links on Facebook at the Blue Blurry Lines page. I'm fond of  Errol Bruce-Knapp's UFO UpDates group there as well. Twitter? Yes there's a bit of that, too: https://twitter.com/CurtCollins579