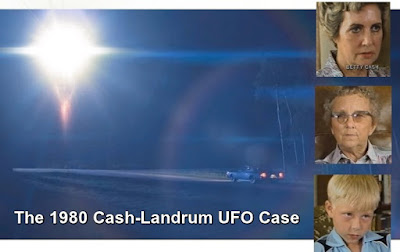 The 1980 Cash-Landrum UFO case near Huffman Texas remains a fascinating unsolved mystery. If the witnesses' claims were true, something genuinely extraordinary happened, regardless of the nature of the object they described. The involvement of military helicopters in the incident has always caused the hope that military records or crewmen could be located to provide  more information.

Unfortunately, the incident was not immediately reported. Betty Cash, Vickie Landrum and her grandson Colby Landrum were out for a drive the night of December 29, 1980 when they had their encounter with a fiery UFO. However, they did not report it, or even tell Betty's doctors about it when she became ill. It was not until Betty's second trip to the hospital that the UFO story came out, and more time passed before Vickie reported it.

The local police gave Vickie contact information for the National UFO Reporting Center (NUFORC), and the UFO report. was finally made on February 2, 1981. Unfortunately, while their information was given to  UFO organizations, there were delays in getting a response. Consequently, the initial interviews were made by a tabloid newspaper instead. Afterwards, a local reporter put Betty Cash in touch with MUFON's John Schuessler. She met with him the next day on Feb. 22, but another week passed before Schuessler saw Vickie and Colby Landrum on Feb. 28, and then visited the roadway where the sighting took place. With all the combined delays, almost two months were lost before the UFO investigation began.

The initial search in the surrounding area produced no additional witnesses. However, after when the story was covered in the media, an appeal was made for anyone else who had seen anything to help. Over the following months and years, a few people did come forward claiming that they, too had seen something around that time. (See this map, which includes details on the secondary witnesses.) The problem remains that none of them had reported seeing anything until after the UFO story received publicity.

Sometimes, people come forward after decades with genuine accounts and add depth to the historical record. But it pays to be careful, because some of these claims are false. For example,  something similar happened in the old West. There were lots of imposters claiming to be famous outlaws who'd somehow survived their reported deaths. John James is one such example, pictured below from "The Many Faces of Jesse James." These fakes "help" keep interest in a story alive, but do nothing to bring us closer to the truth. 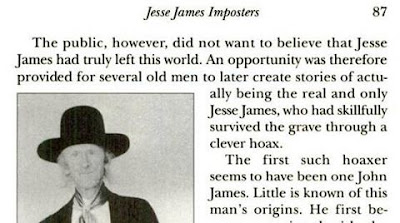 If it was real, more people must have seen it. Any helicopter personnel who may participated in the pursuit of the UFO are at (or nearing) retirement age and could now discuss this case without the fear of risk to their military careers. It is possible that once-secret government documents could now be made available, if we knew where to look. Others in Texas from the Huffman area may have been witnesses and be able to add valuable details. 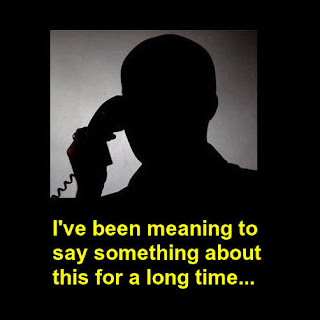 If you are a witness to the 1980 Cash-Landrum incident, or have details that would help in its investigation, please use the link below to send an email reporting your information. Contact is confidential, and your name will not be used without your permission. If you've previously reported your sighting, please mention it in your email.


Blue Blurry Lines: Cash-Landrum UFO Case Updates
(This is for matters relating to this specific case only.)

Witnesses who are are coming forward for the first time are encouraged to file a report to NUFORC or MUFON, in order that their sightings can be added to the records on the case.