The Weather: Evidence in the Cash-Landrum UFO Case 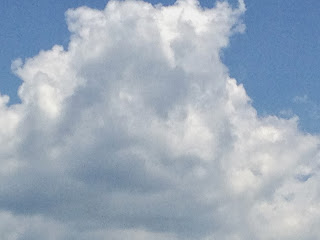 The recent release of Wim van Utrecht's article on how reflections on ice crystals could have resulted in the formation of a "light pillar" ( see: Cash-Landrum Theory & Analysis: Unpublished 2002 Wim van Utrecht Article) spurred discussion over how plausible this optical phenomenon could be in explaining the Cash-Landrum UFO. In the comments section, Tim Printy, author of SUNlite (Skeptical UFO Newsletter) was skeptical that the necessary weather conditions were present to produce the phenomenon.


"Tim writes "Houston, Texas is not really an area where ice crystals can form except at high elevations". That's right, but the explanation I suggested for the CASH/LANDRUM sighting IS about “Artificial Light Pillars in HIGH Cloud”, not about light pillars forming in ice mist or in ice-crystal layers drifting a couple of hundred meter above the ground. From Table I at http://www.caelestia.be/article01b.html one can deduce that the reflections we are concerned with occur at altitudes roughly between 3 and 7 km (10,000 and 23,000 feet), and naturally halfway between the observer and the light source. We are talking about elongated mirrored images of very bright lights (like the 100 feet high flames that can be seen when gases are burned off at petrochemical plants). Nothing to do with lights illuminating a low cloud deck, but everything with billions of tiny ice-crystals plates tumbling down and forming a gigantic mirror in the sky. Contrary to what I assumed when I first started studying this phenomenon, the reflections can also occur in the Summer (see the aforementioned table). Low latitudes are not a problem either. In an earlier mail to Curt, I wrote that the Houston area had a long history of flares at petrochemical plants creating strange lights in the sky (see also note 3 at http://www.caelestia.be/article01a.html). Actually, light pillars in high cloud have been observed over refineries since the early years of oil production. Attached is a PDF file of a couple of observations that were published in the Texas Observers’ Bulletin during the 1930s and 1940s. Also from the Houston area is this picture - out of focus, alas - of a series of light pillars photographed from the George Observatory at Houston: http://www.caelestia.be/OP-PH-08.html. Just to point out that I’m not inventing things here.Very best regards, Wim"


"I stand corrected regarding such effects being visible in Houston. I am impressed and feel a bit more confidence in this potential explanation.Something not addressed is the weather that night. Was it cloudy or clear? It appears to have been an overcast sky based on weather underground. I thought I had read it was cold and clear?"


Weather Data in the Media and Case Documents

While I had previously searched for statements made about the Moon visibility and rain, I had to review the earliest articles and documents for any references to cloud conditions on 12/29/1981. There are only a few:

"(Vickie) Landrum said once home she saturated herself and Colby with baby oil because they both were sunburned about the face and neck. “I thought maybe we’d been chapped by the wind or something because we’d been out most of the day,” she said. “there wasn’t no sun that day. it was real cloudy. it couldn’t have been sunburn from the sun.”The Courier (Conroe Texas) story by Cathy Gordon Feb. 22, 1981

John F. Schuessler: “…the sky was relatively clear and the rain had stopped…”1981 CUFOS SymposiumNarration- not JS quote:

LL Walker: “...I looked a little bit closer and you could see some lower lights back off in the distance quite a ways back. I'd say about % of a mile — real good visibility that night...”
MUFON Journal October 1982 (from the 1982 interview)

J. Schuessler: "The weather ranged from clear and hot to cold, damp, windy, and chilly. Houston, Texas air contains a lot of moisture which acts like little crystals that catch all light from the city, moon and cars and reflect it in an airglow manner that leaves the sky very light much of the time. A deep, dark night in the Houston area is unusual. pg 5

"The weather on December 29, 1980 was chilly. The witnesses reported the intermittent misty rain earlier in the day. By evening that had stopped. The clouds were high and broken and the moon was in the third quarter. The air was damp and full of moisture. The airglow of Houston was bright. The conditions were correct for being able to see helicopters flying at night. pg. 6"MUFON Journal September 1983

John F. Schuessler: “The sky had partially cleared and the moon was visible in the night sky.” and “Because of the light of the moon and the helicopters’ running lights, the craft were clearly visible.”

What Does the Record show?

Tim Printy checked for historical weather information in the area for for December 29, 1980: 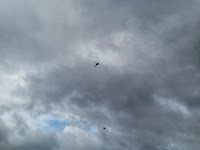 Seeking independent confirmation of Printy's data, I emailed the science operations officer at the NOAA station for the Galveston/Houston area requesting a trustworthy source for historical weather data. His reply:

"The easiest way to get this data is to go to http://www.wunderground.com/ and under the weather tab, select airport weather history. Then, put in your date and airport code (HOU, IAH). I was able to view the decoded hourly obs for both of these sites for your requested date. The hourly data will be at the bottom of the page."

NOAA independently endorsed the source of Printy's data as reliable. After sending Printy the article quotes seen above, Tim replied:


"It seems that, like the moon, nobody has bothered to look into this aspect of the case closely.  I think one can safely say that it was not clear that night and there probably was a significant cloud cover that night."


In an investigation of any kind, one of the first things done is to establish the "scene of the crime". In the case of the Cash-Landrum investigation, several key elements were not well documented: the precise location of the sighting, the position of the Moon, we've seen here, the weather conditions.


NOTE: I'd like to give special thanks to Wim van Utrecht and Tim Printy for their contributions to this discussion.