An important case, document, John Schuessler's first lecture on the Cash-Landrum case is now available in a PDF, but first some background information.

Finding the MUFON Journal, June 1981 issue answered a question I'd long wondered about:
Why did John Schuessler skip the summer MUFON conference and wait to present his Cash-Landrum lecture to another UFO group?


“John F. Schuessler, MUFON Deputy Director for Administration and President of VISIT, will be speaking at the CUFOS UFO Conference on September 25, 26, and 27 in a Chicago area hotel. John will relate the investigation into the serious medical effects incurred in the Cash/Landrum close encounter case of December 29, 1980, on the highway between New Caney and Dayton; Texas. His appearance at the CUFOS Conference is a reciprocating arrangement between MUFON and CUFOS, since Dr. J. Allen Hynek will be the keynote speaker at M.I.T. on July 25 at the MUFON UFO Symposium.”

The presentation serves as as an excellent introduction to the case, it tells the story of the case, and discusses the early months of the investigation. The lecture was accompanied by a slide presentation, images of the witnesses that are still in circulation today. The narrative of the encounter is followed by speculation about the injuries and their source.


"The observable medical effects are many and varied. The pronounced problems are summarized in table 1. At first look, it would seem that no one type of exposure could cause such radical results. However, the Mutual UFO Network radiology consultant reviewed the medical records and the observable effects and concluded: “We have some strong evidence that these patients have suffered damage secondary To ionizing radiation. It is also possible that there was an infrared ultra-violet component as well.” This means that the symptoms listed in table 1 could have been caused by ionizing radiation plus ultraviolet and infrared radiation.

Other mechanisms mechanisms could explain some of the effects. An acid atmosphere caused by a hot exhaust interacting with a polluted atmosphere could cause a variety of skin conditions; however, the weather on December 29 does not favor the solution. Local inflammatory changes and severe febrile reactions could cause some of the problems, but they too could occur in association with radio-dermatitis secondary to ionizing radiation.  Finally, some of the conditions could because by emotional distress.
There are no existing tests that will identify the specific type of radiation that was inflicted upon these witnesses.

The lecture gives information on how slowly secondary witnesses were located. Later it was claimed that there were about a dozen, but by Sept. 1981:

“Project VISIT investigators... located one credible witness to the helicopter activity near Crosby… They also located other people that saw the UFO for as long as one-and-a-half hours before it burned Betty, Vicky, and Colby. In addition a policeman and sheriff’s deputy also vowed they too had seen the helicopters”

(Note: The Crosby witness later refused to give a statement to the Army investigator. The two law officers seems to be a confused reference to Dayton policeman L.L. Walker whom Schuessler would not meet until May 25, 1982.)

The first mention of Gray Field and 100 helicopters:

"One significant helicopter operation took place at Gray Air Force Base near Killeen, Texas, where more than 100 helicopters came in from the field “for effect.”

It is interesting to see the case in its early form. Some things mentioned are later dropped from case coverage, other things that should have been mentioned are not.
The lecture makes no mention of:

Also, there is no mention of one of the most dramatic elements of the case, the burned road that was secretly removed and repaved. Other things are glossed over, such as determining the precise location of the sighting. all that is said is:


“Measurements taken during the post-sighting investigation showed their location to be about 130 feet from the strange craft.”


But before that, John Schuessler sold it as an article to UFO Report magazine. The Winter 1981
UFO Report  is an exact reprint of Schuessler's CUFOS material except for the addition of a closing paragraph promising to update magazine readers of further developments. Their title, however was a bit more lurid than Schuessler's original. Their cover stated:

Inside the magazine they used the title: The Texas UFO Trauma


Whatever you think about the case and its investigation, this is an important UFO historical document, one that all should read.

The PDF should be easier to read, but here's a look at the pages: 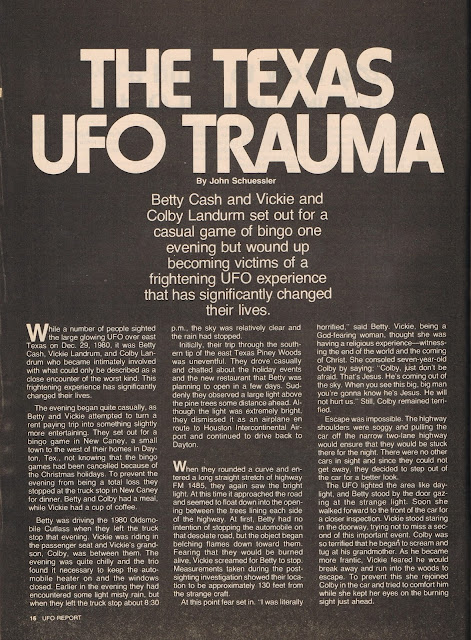 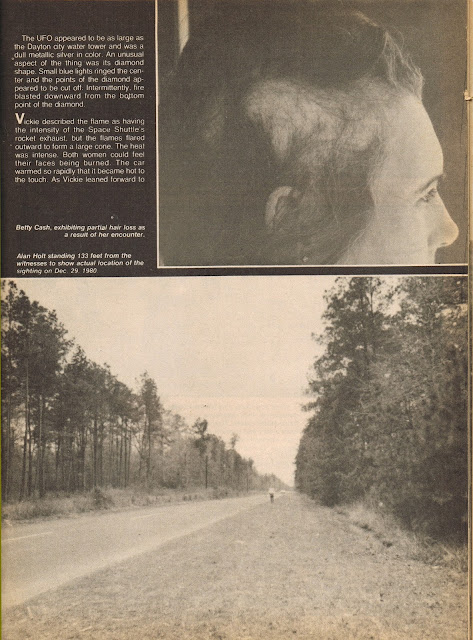 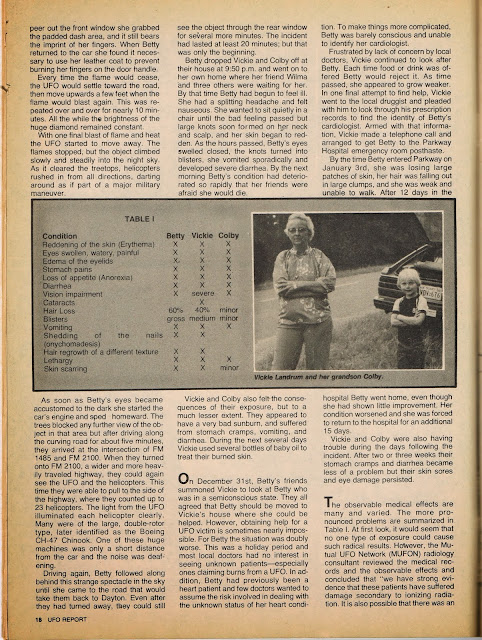 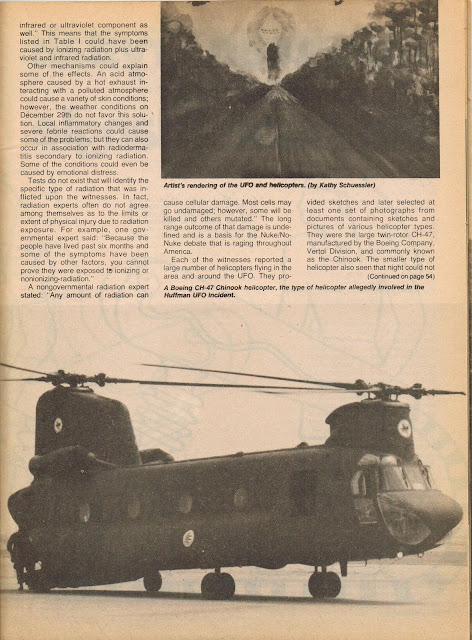 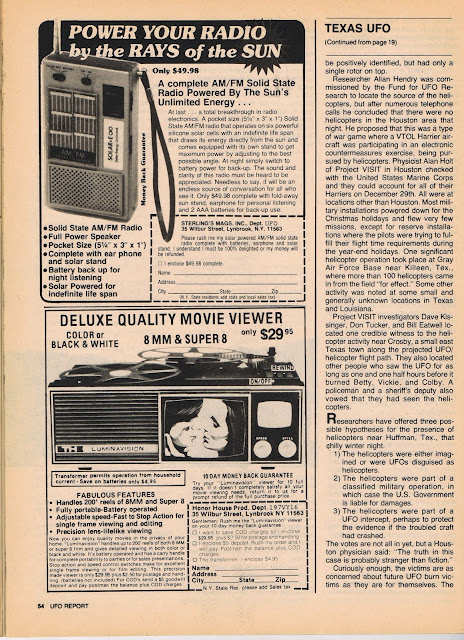 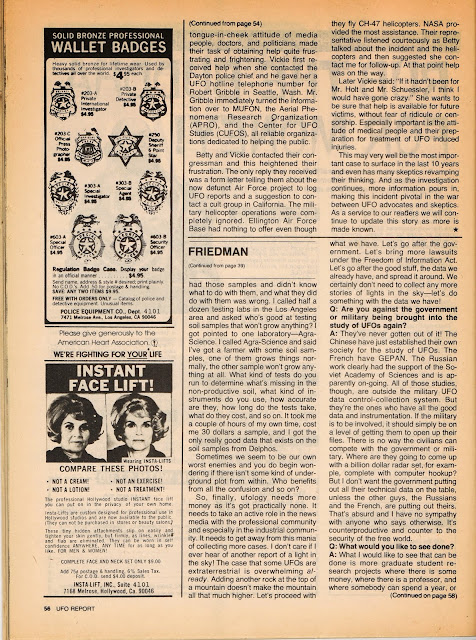 For collectors, the report was also later reprinted in the 1983 UFO Report Annual: