Documents recently posted here have caused some discussion about factual errors in the Cash-Landrum investigation by John F. Schuessler. While I have been critical of his reporting, I realize the great value he had in the coverage of events and the important role he played in the lives of the witnesses, and I wish to thank him for that.
Curt Collins

In Recognition of John F. Schuessler

“The Cash-Landrum case has worldwide significance. Three people were injured and their lives permanently changed. Their car was damaged, especially the rubber and plastics. The road was damaged and had to be replaced. Surrounding foliage was burned. The helicopters, examples of our latest technology, were unable to do anything but follow the UFO. And the UFO was huge, nothing like our flying machines; but it outperformed the helicopters chasing it.” 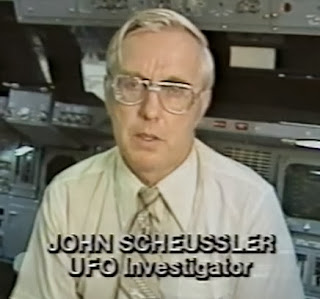 From Aerospace Engineer to Rabbi

John F. Schuessler worked for McDonnell Douglas at NASA’s Johnson Space Center. He had a private interest in unidentified flying objects and was a founding member of MUFON (the Mutual UFO Network), serving as its deputy director. In 1976 he founded Project VISIT (Vehicle Internal Systems Investigative Team), a Houston-based research group that chiefly consisted of aerospace engineers and other professionals who, in their spare time, applied technical expertise to the study of USVs, or Unidentified Space Vehicles.

John Schuessler’s deep experience in the field prepared him to take on the case of Betty Cash, Colby and Vickie Landrum.

With his prior interest in UFO-related medical injuries and his fascination for diamond-shaped UFOs, this case fit him like a glove. Having it so near home provided opportunities to work closely with the witnesses, which developed into a stewardship. He developed a more personal relationship, becoming “a sort of rabbi” to them. 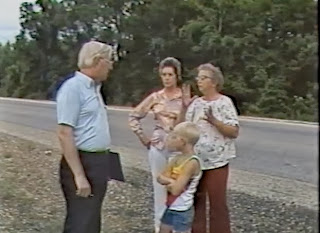 Schuessler diligently worked to keep the witnesses’ case in the public eye while protecting their dignity and privacy. And he did this while working full time as an aerospace engineer project manager, serving as deputy director of MUFON, and dealing with the squabbling in the field from skeptics and rival UFOlogists. His coverage of events is unique. He continued to represent them in contact with the press and in his many lectures at conferences. He helped arranged legal assistance in their quest to find answers and get justice for their ordeal. He also served as a chronicler of their journey and told their story in his book, the Cash-Landrum UFO Incident.

No one can question all the hard work and personal attention John Schuessler gave Betty Cash, Colby and Vickie Landrum. Instead of treating them like  pieces of evidence he remembered they were people, compassionately providing them with comfort and support through their emotional nightmare. Without his expertise and involvement, their story might have been just a one-week wonder, forgotten after the tabloids moved on to the next sensation. With his involvement in this case, he has made a unique contribution to UFO history. He deserves recognition for it and thanks for all his efforts to help the witnesses. 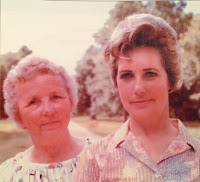 Colby recently said of him, “Mr. Schuessler, he was from NASA, and he was on top of things. And I mean he was a wonderful man.”

As Vickie Landrum wrote,
“No one can top John Schuessler. Betty and me were lucky to have found a friend like him.”